Year after year crores are spent on cleaning nullahs and culverts along railway tracks but this money is literally going down the drain. Since 2009-2010, the Brihanmumbai Municipal Corporation (BMC) has given around Rs 23 crore to the Central and Western Railways. 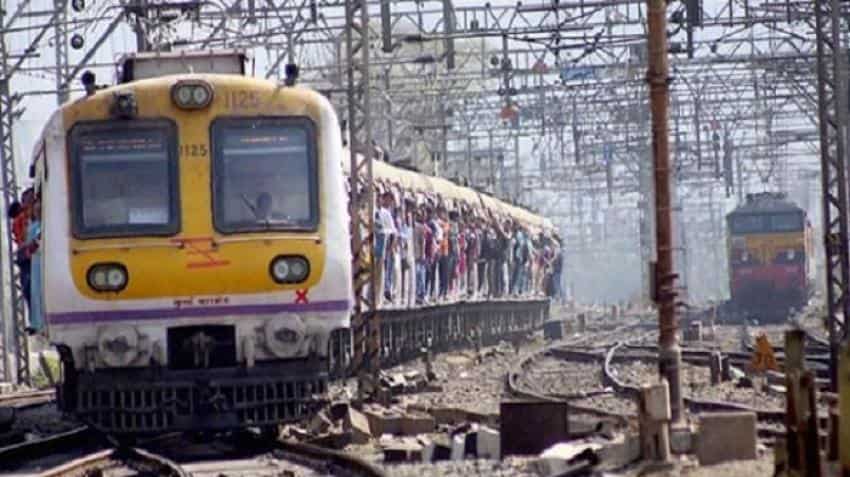 The CR had asked for Rs 5.67 crore, of which they have received Rs 2.79 crore so far, and Rs 92 lakhs has been given to WR, who had demanded Rs 1.56 crore. Image source: Inhouse
Written By: ZeeBiz WebTeam
RELATED NEWS

Year after year crores are spent on cleaning nullahs and culverts along railway tracks but this money is literally going down the drain. Since 2009-2010, the Brihanmumbai Municipal Corporation (BMC) has given around Rs 23 crore to the Central and Western Railways. However, over 79 lakh daily suburban commuters of Mumbai still continue to suffer water-logged tracks every monsoon.

"On ground, nothing much is seen between the Railways and the BMC," said Kailash Verma, member, Mumbai Rail Pravasi Sangh. This year, too, there were several joint meetings held between Railways and the BMC mid-April. The two government agencies spoke about the various works that needed to be carried out apart from the funding for the same. More rounds of meetings are expected in the days to come along with joint inspections.

"The Railways should make the expenditure on culvert cleaning available online, after all the public money that is going into it. And every year crores of money is spent yet there is waterlogging," said Anil Galgali, a civic and RTI activist.

Sources said that the civic body has sent letters to both CR and WR authorities asking for a consolidated audit report of the work done over the years.

According to BMC officials, they have disbursed around Rs 23 crore in the past nine years to the Railways for cleaning drains and culverts along the rail tracks as part of pre-monsoon preparations.

In 2009-2010, the civic body gave Rs 1.80 crore to the Railways; the amount went up to Rs 2.57 crore in 2013-2014; and Rs 4.18 crore in 2016-2017. "Every year, we provided funds as per their demand for cleaning drains and culverts along railway tracks ahead of monsoon for smooth movement of trains during rains," a senior BMC official told the newspaper. The Railways have been claiming that there is an urgent need for removal of encroachment, which is the responsibility of the local government.