Vodafone Idea shares have dropped 8%; should you add this telco in your kitty or not? Find out if you can benefit 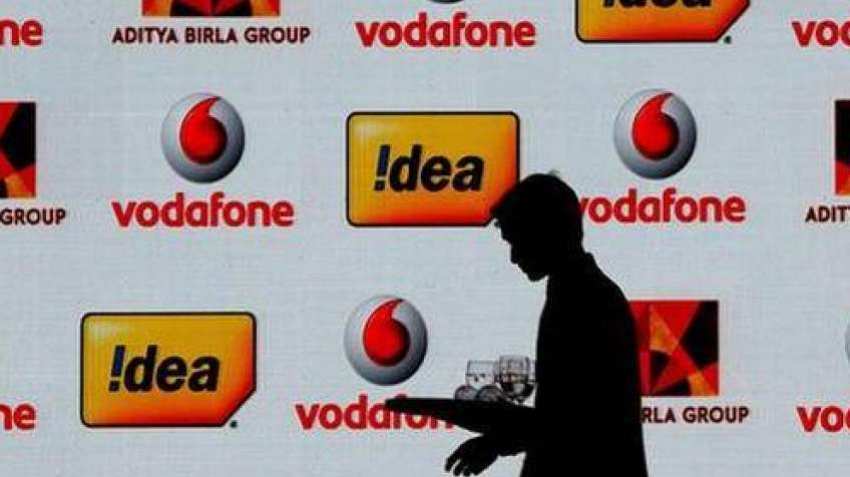 Just like Bharti Airtel, even Vodafone Idea has witnessed massive impact in their earnings over past few fiscals because of Reliance Jio. Photo: Reuters

Benchmark indexes plunged today. And there was also a massive bloodbath in Vodafone Idea with investors suffering huge losses. This telecom service provider plunged by nearly 8% after falling to its intraday low of Rs 29.75. However, by end of Friday session, Vodafone Idea managed to retain recoup some losses, as it ended at Rs 30.40 per piece down by 5.74% on BSE. The reason behind this is that the telco's losses doubled in December 2018 quarter.

Vodafone Idea in its financial audit report said, “Our headline tariffs remained stable during the quarter. However, customers continue to migrate to lower ARPU plans. Within this context, the company has implemented various initiatives to improve its revenue, profitability and competitive standing in line with its stated strategy, which began to impact performance positively towards the end of the quarter.” Thereby, ARPU stood at Rs 89 for the company.

Just like Bharti Airtel, even Vodafone Idea has witnessed massive impact in their earnings over past few fiscals, something that can be blamed on Mukesh Ambani-led Reliance Jio’s competitive price in data, prepaid and postpaid plans.

That said, investors should take note of whether Vodafone Idea is a stock to buy or not.

Rating agency CLSA shed some light on the subject and said, “Vodafone Idea’s 3QFY19 (first full quarter post-merger) revenue of Rs118bn was 3% ahead of estimates, although down 2% QoQ. The positive surprise was led by minimum Arpu plans but this knocked off 35m subscribers to 387m. Ebitda surprised positively, boosted by a reduction in operating expenses.”

CLSA adds, “The company reported a wider-than-expected loss of Rs50bn. The mergeco’s 9.5m 4G subscriber addition to 75m also surprised positively. Despite the Ebitda surprise net debt increased, and even as we forecast Vodafone Idea’s Ebitda to rise over 4x during FY19-21CL, gearing will still be out of control at 7x Ebitda by FY21CL;SELL.”

“We await comments from management on accelerating merger synergy, meanwhile we factor in the guided Opex and Capex synergy into our forecast from FY20CL. Capex in 3QFY19 was low,at Rs11.7bn, however this is likely to rise next quarter as vendor contracts have been finalised,” said CLSA.

However, there is a counter view to that too. Motilal Oswal sees a 43% upside in the company’s stock. Analysts here said, “Data/broadband subscriptions stood at 146.3m/107m with 6.2m/8.2m subscriber additions (28% broadband penetration). 4G subscriber additions were 9.5m, taking the total to 75.3m (19% penetration), highlighting a shift from 3G to 4G, though it was much below competition. Bharti has 77m 4G subscribers (27% of total subscribers).”

In Motilal’s view, “ARPU stood at INR89, up 1.5% v/s our estimate of INR92, but, this was offset by better-than-estimated subscriber base.”

In conclusion, Motilal has given a price target of Rs 43 on Vodafone Idea.

What should an investor do? For starters, do further homework and then decide.

Vodafone Idea board to discuss Rs 1,600 crore debenture issue for ATC on January 31