Deposits in lakhs made post-note ban under tax scanner: Officials 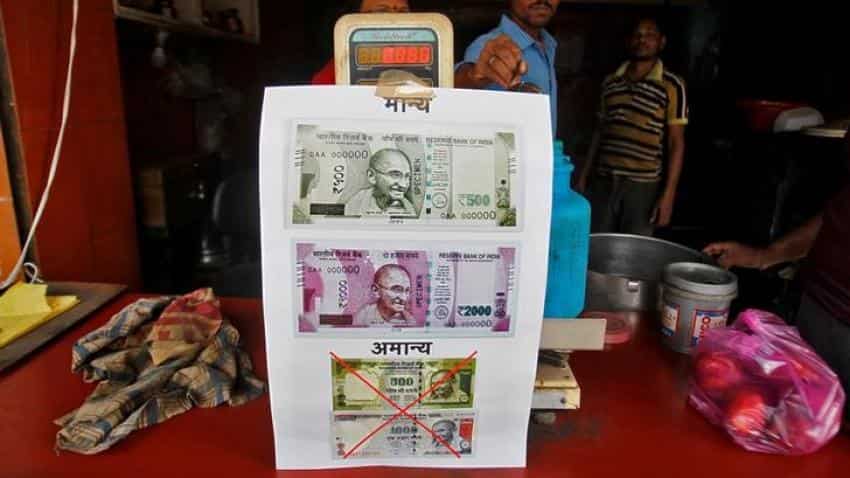 The first phase data from the government`s "Operation Clean Money", launched earlier this week, has revealed deposits worth lakhs of crores in old notes made after demonetisation into accounts and are being scrutinised by Indian tax authorities, senior officials have said.

"These 18 lakh cases even by primary data analytics we found to be glaring because their deposits and income size are simply not matching. Number of deposits made in these 18 lakh deposits is not a small number...its in lakhs of crores," Revenue Secretary Hasmukh Adhia told BTVi in an interview regarding the lakhs of taxpayers identified by the Income Tax Department who will be served notices seeking explanation within 10 days.

"This is only the first phase of data that we have put in the domain of people`s e-filing account. More set of data is set to come in phases 2, 3 and 4," he said.

The initial phase of Operation Clean Money involves e-verification of large cash deposits made during November 9 to December 30, 2016.

According to the Central Board of Direct Taxes (CBDT), data analytics has been used for comparing the demonetisation data with information in the department`s databases.

The information in respect of these cases will be made available in the e-filing window of the taxpayer at the government`s e-filing portal.

In this connection, CBDT Chairman Sushil Chandra told BTVi in a separate interview that Finance Minister Arun Jaitley`s taxation proposals for next year seek a significant expansion in the tax net.

Presenting the 2017-18 Budget in the Lok Sabha, Jaitley said he proposes to halve the income tax for persons earning between Rs 2.5 lakh-Rs 5 lakh from the current 10 per cent.

"This will reduce the tax liability of all persons with incomes below Rs 500,000 either to zero (with rebate) or 50 per cent of their existing liability. It has been done to widen the taxpayer base in the lower slab to bring the non-filers into the tax net," he said.

"Afet demonetisation a lot of money has been deposited. Amounts of over Rs 2 lakh have been deposited in 1 crore accounts having 70 lakh unique PAN numbers," Chandra told BTVi.

"The department has just launched the Clean Money Abhiyan and it is much easier for us now to track these accounts," he added.

Jaitley in his Wednesday budget speech said that post demonetisation, deposits between Rs 2-80 lakh had been made into 1.09 crore accounts.

On the Securities Transaction Tax (STT) at 10 per cent rate proposed by Jaitley, the CBDT chief said it is an "anti-abuse" provision.

"Earlier, many people were not utilising the stock exchange channel to buy shares to avoid paying tax," he said.

Jaitley has now prposed that long-term capital gains tax exemption be available only if STT has been paid both at time of acquisition, as well as divestment, of shares.