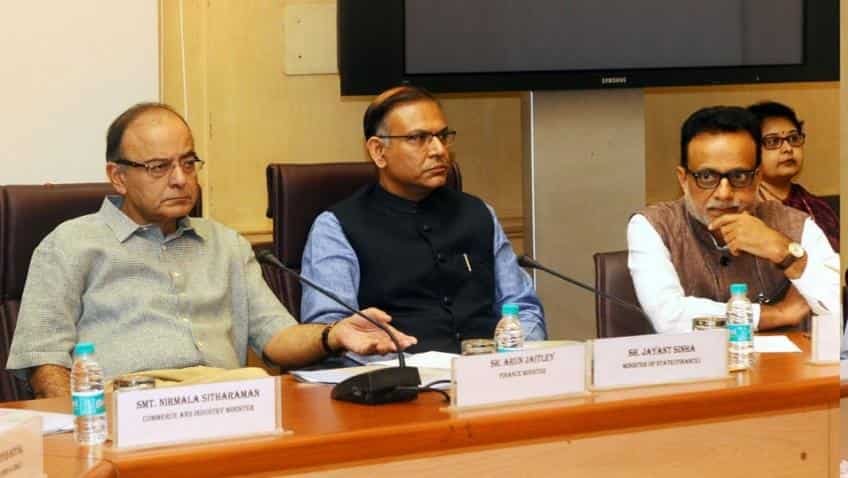 "If it is a deposit in the account of a political party, they are exempt. But if it is deposited in individual's account then that information will come into our radar," Revenue Secretary Hasmukh Adhia said. Image Source: IANS/PIB
Written By: PTI
RELATED NEWS

As it levies stiff penalties on unaccounted cash in banks, the government on Friday said political parties depositing old Rs 500 and Rs 1,000 notes in their accounts will be exempt from income tax.

Besides, farmers who are exempted from paying tax on agriculture income will need to furnish a self-declaration that their earnings are less than Rs 2.5 lakh in a year to make bank deposits without Permanent Account Number (PAN).

For those unable to do that, furnishing PAN will be required, Revenue Secretary Hasmukh Adhia said.

He said deposits in bank accounts of political parties are not to be taxed.

"If it is a deposit in the account of a political party, they are exempt. But if it is deposited in individual's account then that information will come into our radar. If the individual is putting money in his own account, then we will get information," he told reporters.

Section 13A of the Income Tax Act, 1961 grants exemption from tax to political parties in respect of their income. This income could be from house property, other sources, capital gains and income by way of voluntary contributions received from any person.

These categories of income qualify for exemption without any monetary or other limit and the income so exempted is would not even be included in the total income of the political party for the purpose of assessment.

However, the tax exemption is applicable only if the political party keeps and maintain such books and other documents of the income and the accounts are audited by a Chartered Accountant.

Asked if PAN will be mandatory for deposits made by agriculturalist, he said, "A farmer has to give self declaration in Form 60 where he has to declare that his income is less than Rs 2.5 lakh. If he files Form 60, then PAN is not required. Those who are not able to give declaration, they have to give PAN."

Adhia said the tax authorities will not unnecessarily chase deposits of less than Rs 2.5 lakh.

"We will not go unnecessarily after those with Rs 2.5 lakh deposits. But where we find people have tried to misuse the provision by putting in multiple accounts in different banks (we will go after them)," he said.

Adhia said that within one/two month's time banks will accumulate PAN numbers of all existing account holders except for Jan Dhan/BSBD account.

After the shock demonetisation announcement on November 8, the government allowed junked Rs 500 and Rs 1,000 notes to be deposited in bank accounts.

For individuals and companies holding unaccounted cash, it has offered new tax evasion amnesty scheme wherein 50 per cent tax will be charged on declarations and quarter of the total sum be parked in a non-interest bearing deposit for four years.