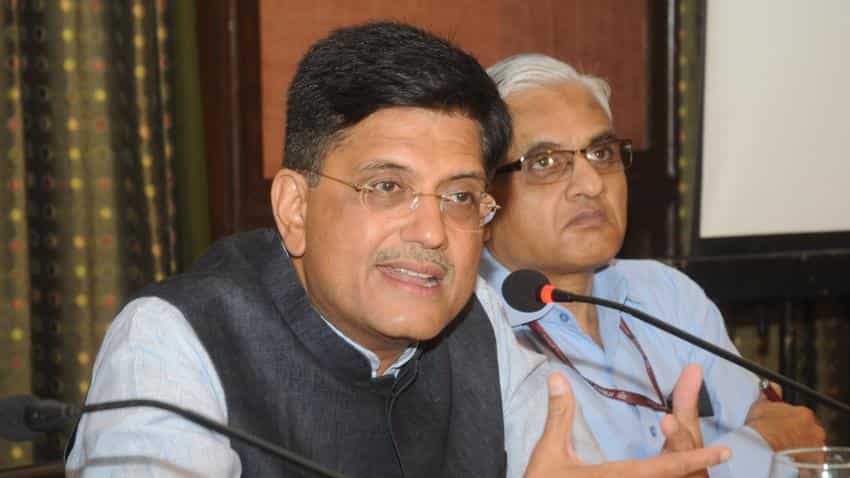 Notwithstanding economists` prediction that demonetisation would hit the country`s Gross Domestic Product (GDP) growth, Union Minister Piyush Goyal on Saturday said when informal economy goes into the formal mode with the banning of high-value currency, this will add to the GDP.

He also said the cancellation Rs 500 and Rs 1,000 notes as the legal tender was part of the series of decisions the central government took in the last two-and-a-half years to curb the black money and bring down corruption.

"I think demonetisation has so far played out to the plan..." said Goyal who holds the Power, Coal and New and Renewable Energy portfolios.

"I don`t understand the logic of some eminent economists who have been mentioning that GDP would take a hit by the demonetisation," he said.

"If you are moving the informal economy into the formal economy and if the transactions which for years were never reported as part of GDP are now transacted through banking channels, it will only add to the GDP, not reduce the GDP," he added.

He also said the downturn in economy could last for a month or two or for a quarter.

"Some postponed their consumption plan and it will make up in a quarter, he added.

"When the historic step taken on November 8, we have articulated that this is something which will have a short term pain for about 50 odd days. There will be a transition period as mindset of people needs to change. People have given a tremendous support," the minister said at the Hindustan Times Leadership Summit.

Criticising the former Prime Minister Manmohan Singh`s comment in Parliament on demonetisation, he said, "I was wondering with comment of organised loot when we are trying to sort out the legacy of organised loot that we inherited. I don`t know whether Rs 1,86,000 crore lost in the coal scam was disorganised loot or not."

He further said, "I thought an illustrated economist would have recognised when an informal economy goes formal, when transactions which for years were never reported have to move through the banking channel, it will give the leg up to the GDP growth, rather 2% fall in GDP growth."

"In fact, he (Paul Krugman) missed points far too often in the last decade. He always felt that Obama bail out in 2008 was inadequate and it was wrong to fund the private sector. He also felt that trying to protect job through bail-out was not good. Well, facts are before the whole world," Goyal said.

"I do not think the Nobel institution gives you a certificate that everything you say is always right," he added.

The minister said there would be collateral benefits in the economy which people can visibly see.

Speaking on the gold holding by individual, he said: "Every body who have legitimate gold have nothing to fear. The only people who have illegitimate gold caused to worry. Honest are feeling there will be a premium for their honesty."

He also said there are reports that there were nexus of certain professionals, bankers and possibly of certain officials in parts of the country where misuse of concessions being made for honest people to transact was being carried out

"The government will come down with heavy hand to stop misuse of these concessions. Honest people are nothing to fear," he added.