Manmohan Singh has been highly critical of demonetisation decision and has predicted a 2% drop in the country's GDP due to it. 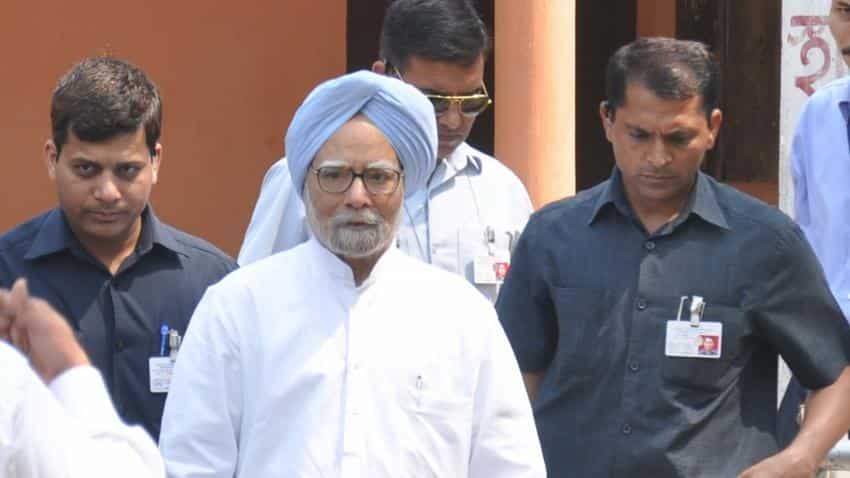 Demonetisation will have a "very significant adverse effect" on the country's GDP and will be an issue in the upcoming assembly elections in five states, former Prime Minister Manmohan Singh said today.

"You will see there will be a very significant adverse effect on the country's GDP," Singh said, after releasing the the Congress manifesto for Punjab polls.

Recalling his statement in Parliament that demonetisation will have a very adverse impact on the GDP of the country, Singh said subsequent developments have proved him right.

In this context, he referred to the recent projection by the National Income Unit of the Central Statistical Organisation that the GDP in 2016-17 will slow down to 7.1% from 7.6% a year earlier.

This, he said, had not accounted for demonetisation, which was announced by Prime Minister Narendra Modi in an unusual address to the nation on the night of November 8.

Asked whether elections would be fought on the issue of demonetisation, he said, "It will be an issue in the assembly elections in five states."

Manmohan Singh has been highly critical of demonetisation decision and has predicted a 2% drop in the country's GDP due to it.

Speaking in Rajya Sabha during a debate on the issue, Singh had castigated the government and the Prime Minister over the note ban, saying its implementation was a "monumental management failure" and a case of "organised loot and legalised plunder."

Singh, who spoke in the presence of Prime Minister Narendra Modi in Rajya Sabha, said the decision will result in decline of GDP by 2%, it being an "under-estimate".

"These measures convinced me that the way the scheme has been implemented, it's a monumental management failure. And in fact, it is a case of organised loot and legalised plunder," he had said.