Demonetisation was not a hurried decision: Amit Shah 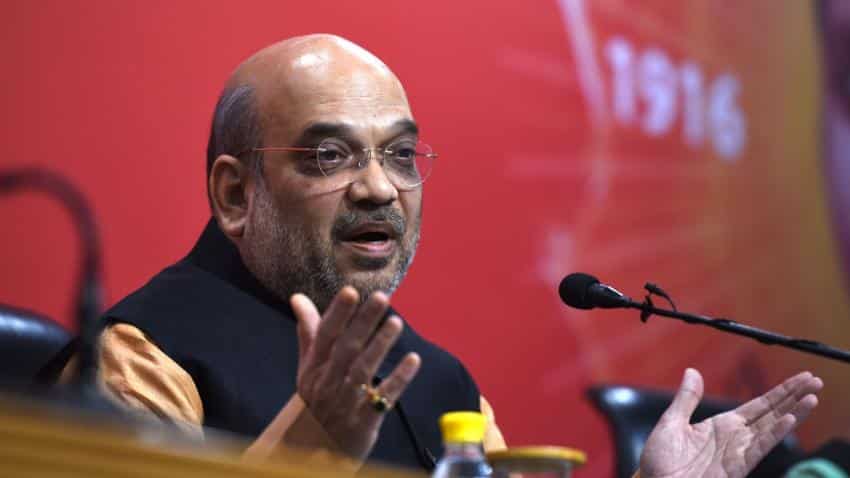 The decision of demonetising higher currency notes was not taken in a hurry, Bharatiya Janata Party (BJP) President Amit Shah has said, adding that the decision was taken in consultation with Reserve Bank of India (RBI).

Responding to questions on India TV`s show Aap Ki Adalat, Shah said that the 50-day deadline, ending December 30, was fixed after much "careful planning", and most of the cash crunch woes at ATMs and banks would be over by this deadline.

"Neither was anything kept secret from RBI, nor was it not consulted, the decision (to demonetise Rs 500 and 1,000) was taken after adequate consultations by Prime Minister (Narendra Modi) at the small forum, and all administrative nitty-gritty was gone through. The decision was not taken in a hurry, nor was there any reason to be in a hurry," Shah said.

Asked about the current cash crunch, he said, it was because of the delay in printing new notes.

"The cash crunch is because of delay in printing currency notes, and its taking time to distribute, that`s why the 50-day deadline was set. I am not saying that after 50-day deadline the queues (at banks) will be fully over, but most of the woes would be over," he said.

The BJP chief also expressed hope that business at factories would be back to normal in two months.

"The factories are closed, not because of (lack of) cash but nearly 30 to 40% of transactions that were not taking place earlier in cheques, will now change, and the traders will show these transactions in books...," he said.

While stating that he "emphathises" the people standing in queues outside ATMs, the BJP president said people were also losing patience due to lack of infrastructure, indicating that the increased government revenue will solve these issues.

"I know people standing outside ATMs and banks are losing their patience, I emphathise with them, but I also know, nearly 80 crore poor people in this country are also losing patience because of lack of electricity, roads, drinking water and education, the army needs funds for modernisation, we need more satellites, more connectivity," Shah said.

"In the last eight years, our plan budget has been hanging between Rs 4.2 lakh crore and Rs 4.8 lakh crore, and this money has to be allocated for rural roads, education and all other programmes... India cannot take a leap forward on a mere Rs 4.8 lakh crore budget. The parallel economy is eating into our economy like termite."

Describing the demonetisation step as a "multi-dimensional, far-reaching" decision taken in the national interest, Shah said, the positive fallouts of the decision have been: "it has broken the back of terrorism and Naxalism in one stroke."

Shah warned that all black money hoarders "will be put behind bars".

He also said that BJP would welcome any move by the Election Commission to bring electoral funding within the purview of Right To Information.