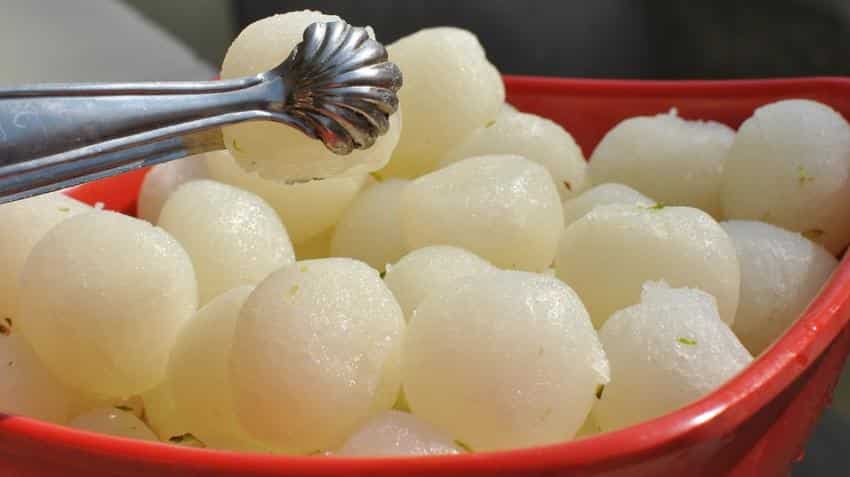 From small roadside outlets who do not have the option of accepting debit cards to the bigger fish who do, virtually the fortunes of every sweet shop in the city has turned sour since November 8. Image Source: Pixabay
Written By: IANS
RELATED NEWS

Demonetisation effect: Cash withdrawal at POS to be Rs 2000 across all centres

Bengal's sweet tooth is set to turn bitter as makers of the popular rosogolla (rasgulla) and sandesh have been left battered by the central government`s decision to ban Rs 500 and Rs 1,000 currency notes in a bid to weed out black money.

From small roadside outlets who do not have the option of accepting debit cards to the bigger fish who do, virtually the fortunes of every sweet shop in the city has turned sour since November 8 when Prime Minister Narendra Modi made the announcement in an address to the nation, according to owners and shopkeepers.

The eastern state is famous for its sweets, with around Rs 1 lakh crore (Rs 15 billion) of business done annually.

"Our sales have fallen from Rs 10,000 to Rs 4,000 a day. The providers of raw material like sugar are asking for new notes and are hell bent on not accepting the old ones. They told us yesterday they won`t provide raw material if they don`t get new notes. Our entire dealing is in cash.

"If this is the flow, we have to reconsider how to run the daily show. Customers are paying new 2,000 rupee notes to buy sweets worth 100 rupees. Rosogolla (the most popular sugary, syrupy delicacy) has suffered the most. From the young to the old, everybody enjoys it here. But now it`s the opposite. The supply far outstrips the demand. We have been forced to downsize production," Haldar added.

Dhiman Das of sweet giants KC Das -- which is regarded as the inventor of the rosogolla -- revealed they had to stall production for a day due to the dip in demand.

"Our sales had gone down by 30 per cent and we had to stop production for a day as stocks were enough to satisfy the low footfall. The sale of rosogollas have always been very high. That seems to have taken a beating along with our platter of sandesh (sweetmeat made of cottage cheese)," Das told IANS.

The premier retailer, which has outlets in Esplanade, Rashbehari Avenue, Jodhpur Park, Lake Town and Shyambazar, besides also catering to the south Indian belt in Karnataka and Tamil Nadu, has the option of card swiping which has somewhat bailed it out for now.

"Payment by credit cards has helped normalise sales after the 10th of this month and thankfully the house is now in order. The credit cards sales have increased by 241 per cent," he informed.

The not-so-lucky kin of the big boys are on the brink of falling by the wayside with 86 per cent of India`s currency no longer valid.

"Our business has been halved after the currency ban. Rosogollas (sales) for sure, but overall as well," said Swaraj Pal, owner of Kamala Mistanna Bhandar, a popular sweets joint at Netaji Nagar.

"We are selling sweets without taking payment to those whom we know in the hope that they will pay us later. We have to do that as most people who come to buy sweets are saying they don`t have enough currency."

Pal also spilled the beans on the common trend of accepting now illegal Rs 500 and Rs 1000 notes if a customer is buying goods close to the denomination.

"Yes we are doing that with people we know because it`s better than facing loss. We can exchange the currency later as there is still time."

Pal, though, lauded the initiative. "I would not say it`s a bad move. Black money will be curbed. We are facing initial hiccups but that`s ok," Pal said.

Shree Durga Sweets, a famous outlet in South Kolkata`s Bhowanipore, also painted a grim picture. "We have rosogollas worth Rs 5 and Rs 10 which are heavily in demand throughout the year. During the time of Kartik Puja (which was celebrated on Thursday this year) we usually enjoy good profit. The scenario this year is obviously different.

"Most customers are still coming with Rs 500 notes and those who want to have the rosogollas are reluctant to spend Rs 100 from their pocket as that denomination has suddenly become precious. We don`t accept cards. So that`s a drawback," a senior staffer said.

"We are struggling to pay our employees and the raw material suppliers. The entire dealing is in cash and we are now in a mess," he added.

Demonetisation effect: Cash withdrawal at POS to be Rs 2000 across all centres