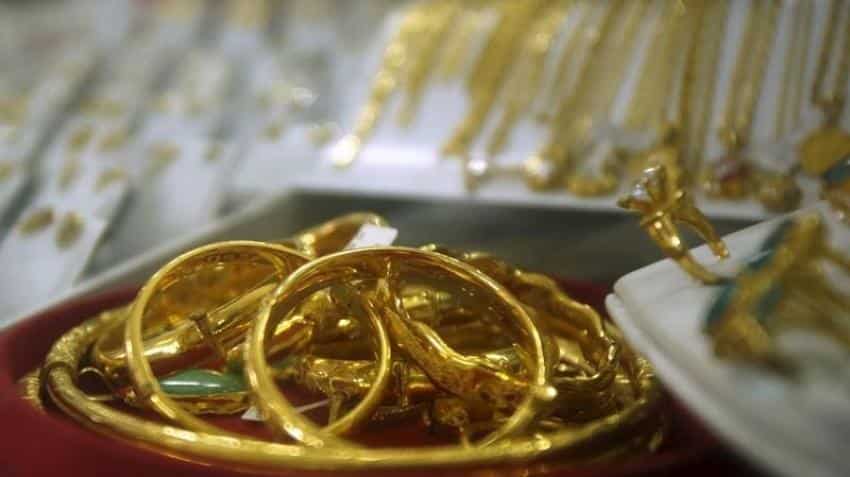 Retail demand was subdued due to a cash crunch following the government`s move on high-value banknotes. Image Source: Reuters

Gold premiums in India jumped to two-year highs this week as jewellers ramped up purchases on fears that the government might put curbs on imports after withdrawing higher-denomination notes from circulation in its fight against black money.

Retail demand was subdued due to a cash crunch following the government`s move on high-value banknotes, but dealers in the world`s No.2 consumer of the metal were charging a premium of up to $12 an ounce this week over official domestic prices that include a 10 percent import tax.

The premium was the highest since mid-November 2014, and compared with a premium of up to $6 an ounce last week.

"There was a rumour that after scrapping 500 and 1,000 rupee notes, the government will ban gold imports. It prompted many jewellers to increase buying," said a Mumbai-based dealer with a private bank.

"Jewellers were running businesses with limited stocks after good sales during the Diwali festival. Now they are keen to replenish inventory as prices have fallen."

The government last week withdrew 500 and 1,000 rupee banknotes from circulation, in a surprise move designed to bring billions of dollars worth of cash in unaccounted wealth into the mainstream economy.

"We are seeing some jewellery demand due to the ongoing wedding season and crash in prices. But the cash constraint is going to be really tough for the gold industry in the near future, especially from rural areas," said Chirag Thakkar, a director with Amrapali Group.

Two-thirds of gold demand comes from rural areas where jewellery is a traditional store of wealth.

"Our business has nearly stalled due to the cash crunch," said Mangesh Devi, a jeweller based in Satara, Maharashtra, who caters mainly to farmers.

Gold was on track to post a second straight weekly fall on rising expectations of a rate hike by the U.S. Federal Reserve. Spot gold has declined 1.5 percent so far this week.

Meanwhile, premiums in China rose up to $10 an ounce against the international benchmark from $5 last week.

"It (the buying) could be driven by the panic in reaction to the recent depreciation of the yuan," said Zhirui Ji, an analyst with Thomson Reuters-owned metals consultancy GFMS.

The yuan fell to an 8-year low on Friday on resurgent dollar.

In Hong Kong, sellers were offering a premium of up to $1 an ounce compared with 50 to 70 cents last week, while in Singapore premiums were unchanged at 80 cents.

Demand in Japanese markets continued to remain tepid with premiums flat to a discount of 10 cents.

(Reporting By Nallur Sethuraman in Bengaluru and Rajendra Jadhav in Mumbai; Editing by Subhranshu Sahu)