Indian markets faced difficult times due to demonetisation. However, this has been heavily offset by economic reforms taken during the period Dec - till date. 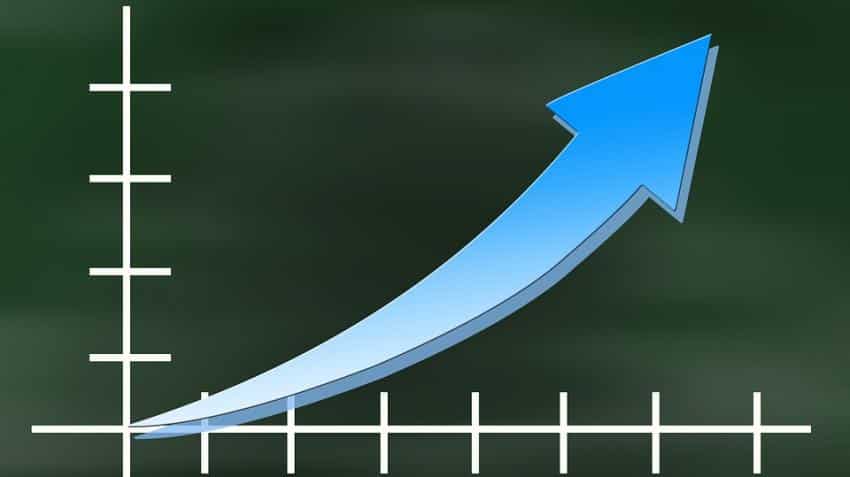 Sensex, Nifty has been particularly cheerful this year with many stocks scaling at new heights indicating the negative fallout of demonetisation has been long gone.

Vinod Nair, Head Of Research, Geojit Financial Services said, "Currently, India is amongst some of the expensive economies of the Emerging Markets with a P/E of 18 on a one year forward basis." 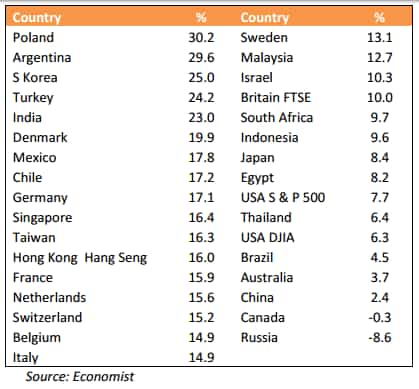 Most of the indices during this period have seen a huge rally.

On Sensex, realty and consumer durables are the top performer which grew over 72.24% and 54.31% respectively.

Sectors like oil and gas, basic material, finance, metal, realty, energy and capital goods have given returns in the range of 20% - 35%.

At the same time on Nifty, finance, banking and FMCG sectors have increased over 34%. Auto also gave more than 24% returns.

ALSO READ: Nifty at 9,700-mark: Where does the index go once GST comes in?

It was only pharma and IT sectors which were laggards of both Sensex and Nifty due to the global scenario which made investors reluctant for these shares.

Care Ratings said, "The overtly buoyant sentiment has been driven by some positive economic numbers in the areas of GDP growth and industrial production (under new methodology), Lower inflation – both CPI and WPI, Expectation of lower interest rates, Strong external position."

It added, a strong rupee performance due to large foreign inflows in both equity and debt segments boded well for the stock markets.

Between April - May 2017, Indian rupee has appreciated over 3% against dollar. In last five months of 2017, INR has appreciated by more than 5% against the dollar on account of continued foreign flows into the Indian markets.

"We have a cautions view in the near time and expect some consolidation, during which we suggest investors to buy at dip with a long to medium outlook. The out-performer sectors could be Defence, Logistics, Chemicals, Banks, Infrastructure and Auto," Nair said.

"In the case of Metals and Oil & Gas the future outlook depends on the world economy which during the last 12 months had good economic data with positive economist outlook in the future, " added Nair.