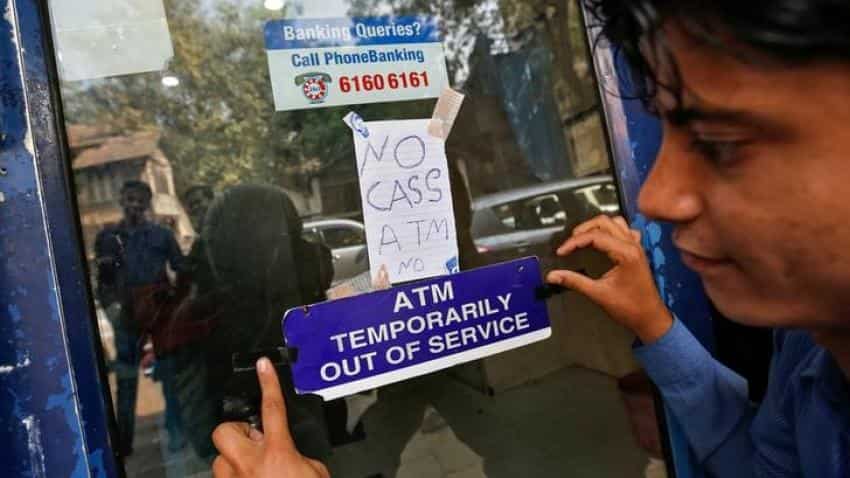 The government`s November 8move last year to demonetise higher-denomination currencies was said to be aimed at tackling the issues of black money and counterfeit notes. But it has also uncovered the skewed ratio of ATM machines, as compared to the population, providing a boost to the makers of such machines.

As the cash crunch eases, the banks are likely to increase ATM orders and manufacturing is set to get a fillip in 2017, say the ATM companies.

"Annually, we supply about 15,000 ATMs to the domestic market. The banks are focusing on the problem at hand of not having adequate cash. Once that situation improves, they will divert attention to deploying more ATMs. We already have got large orders with us that we will be rolling out in 2017," Navroz Dastur, Managing Director, NCR Corporation, told IANS.

NCR Corporation claims to have 47 % market share in the ATM market.

"Demonetisation should push the demand up. State Bank of India has placed an order of 7,000 ATMs with us. Similarly, Punjab National Bank and Canara Bank have placed large orders that we will be rolling out this year," Dastur said.

Diebold Nixdorf, another ATM manufacturer, said now that the demonetisation drive is over, banks are talking about more ATM deployment.

The company claims to have manufactured around 50 % of the existing over 200,000 ATMs in India.

"Banks are talking about ATM deployment. We are hearing of more deployments for the rural areas. We are also sitting on a healthy backlog," Jaivinder Gill, Vice President and Managing Director - South Asia, Diebold Nixdorf, told IANS.

"We foresee significant growth. There should be a fair increase this year," Gill added, while refusing to give exact figures.

Demonetisation has shown that India is a highly under-penetrated market as far as ATMs are concerned, Dastur said.

India has 625,000 villages and only 40,000 villages have ATMs, K. Srinivas, Managing Director and CEO of BTI Payments, told IANS.

BTI Payments, a non-banking entity that has Reserve Bank of India (RBI) licence to deploy white-label ATMs, uses the brand name India One. White label ATMs can be used by customers of any bank and these are connected to all banks through the National Payments Corporation of India (NPCI).

Corporation Bank, which had placed an order of approximately 150-200 ATMs in 2016-17, may go in for increased orders in 2017 depending on their requirement. The bank currently has about 3,000 ATMs.

"Sudden increase in ATMs will not happen. It is planned growth and ATMs are ordered depending on need. As it is we have a policy of deploying an ATM with every new branch," Eknath Baliga, Manager, KYC-Anti-money Laundering Cell of Corporation Bank, Mangalore, told IANS.

The manufacturers are also gearing up to provide Aadhaar-enabled ATMs from July this year. Users will have the option of withdrawing the money from ATMs using their Aadhaar details and biometric identity through a thumb impression. According to the RBI, guidelines had been issued that all ATMs need to be Aadhaar-enabled by June 30.

The ATM manufacturers say that the machines supplied for the last two years or so already have the hardware required along with the biometric identifiers. As soon as the banks decide, the manufacturers can integrate and roll out the software, they say.

According to Dastur, already about 85 to 90 % shipments are happening with the biometric reader. Some customisation of software would have to be done depending on how the banks want to put their transactions through.

According to him, older ATMs can also be converted with some hardware and software changes.