Announcing the move on November 8, Prime Minister Narendra Modi said it was a "secret operation" and declared that it was a matter of inconvenience for just a "few days" -- unmindful, perhaps, that India is a country where 78% of transactions happen in cash. 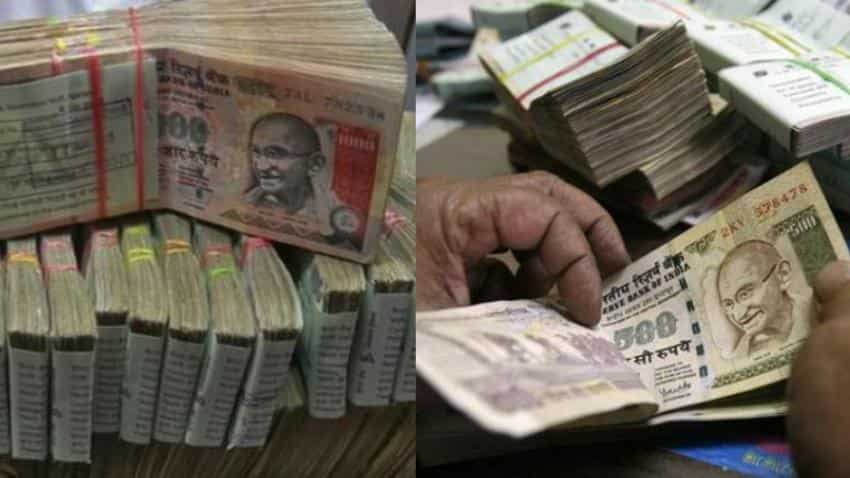 Evidently unable to assess the enormity and nature of the crises which the scrapping of high-value currency notes has caused, the government has been grappling with the fallout with a decision-a-day approach after the shock move sent the nation into a tizzy.

Announcing the move on November 8, Prime Minister Narendra Modi said it was a "secret operation" and declared that it was a matter of inconvenience for just a "few days" -- unmindful, perhaps, that India is a country where 78% of transactions happen in cash.

But in the past 11 days, since the decision was announced, the government has either partially or fully reversed or altered its earlier fiats, gauging the problems caused by the spiking of 86% of the currency notes in circulation, worth upward of Rs 14,50,000 crore.

When Modi announced the decision, he said up to Rs 4,000 in the spiked currency can be exchanged, Rs 2,000 withdrawn in lower or new denominations from ATMs and any amount could be deposited in banks. He put a Rs 10,000 cap on withdrawal from a bank counter in a day.

Since banks and ATMs were ordered closed on November 9, the problems were discovered only a day later when millions queued up for deposits, withdrawals, and exchanges.

On that day, amid uncertainty over ATMs being able to disburse large quantities of Rs 100 notes, Finance Secretary Ashok Lavasa said new notes of Rs 500 and Rs 2,000 value will be available only from November 11.

That was never to be. ATMs were not calibrated for the new notes. That process is still on.

On November 11, the deadline was revised to November 14, and utility and electricity bills were included to the sundry list. The government also waived off toll charges on national highways till November 14, which was later extended to November 24.

On November 12, as the queues outside banks and ATMs continued and problems escalated, Finance Minister Arun Jaitley acknowledged it would take about two to three weeks for all the 2,00,000 money disbursing machines to be ready for new notes.

Modi, a day later, sought 50 days from his earlier promise of "a few days", asking people to bear the pain for weeding out ill-gotten wealth in the country.

The government also increased the limit for an exchange of notes over the counter to Rs 4,500. The daily limit on withdrawal from ATMs was increased from the existing Rs 2,000 to Rs 2,500 per day.

On November 14, came a string of announcements by Economic Affairs Secretary Shaktikanta Das.

ATM charges were waived until December 30. He also extended till November 24 the deadline for public utilities, railway ticketing and catering, electricity and water bills and entry tickets of ASI monument and fuel pumps to accept the spiked Rs 500 and Rs 1,000 notes. Earlier, this window was supposed to shut on November 11.

Curiously, on November 15, the government introduced the use of indelible ink on the fingers of those who exchange money. This was done as the Finance Ministry said the same set of people were making multiple exchanges from different branches, defeating its purpose.

Two days later, the government announced a set of seven decisions as it discovered it was sowing seasons ahead and farmers needed cash for seeds and fertilisers. They were permitted to withdraw up to Rs 25,000 per week and registered agri-traders Rs 50,00 per week from their bank accounts.

For families with upcoming weddings, a member of the household was allowed to withdraw up to Rs 250,000 one-time. But then, the amount of money that could be exchanged from banks with spiked notes was lowered to Rs 2,000 from Rs 4,500.

A 15-day extension in the payment of crop insurance by farmers was also announced even as central government employees, including those of railways and state-run enterprises, were allowed to draw Rs 10,000 as an advance to be adjusted against their November salary.

But these decisions were unable to address one basic issue -- the four currency presses at Nashik (Maharashtra), Dewas (Madhya Pradesh), Salboni (West Bengal) and Mysuru (Karnataka) were just not able to print enough notes.

Clearly, the government was unable to apprehend the extent of the pain its move will inflict on people at large, especially the unbanked, the daily wagers and small businesses, leaving a person to wonder if all this was worth the trouble since its impact on curbing corruption remains in doubt.