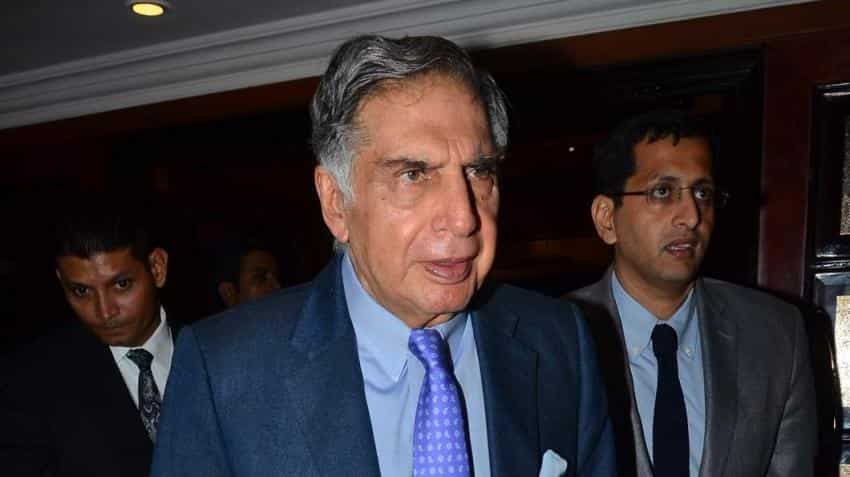 "Demonetisation is amongst the three most important economic reforms in India's history, along with delicensing and Goods and Services Tax (GST)," Industralist Ratan Tata said in a tweet on Saturday. Image Source: IANS
Written By: PTI
RELATED NEWS

After calling for special relief measures for poor hit by demonetisation, industrialist Ratan Tata on Saturday termed the move as one of the three most important economic reforms that will help fight black money.

Tata, who is locked in a bitter boardroom battle over control of the Tata Group with his successor Cyrus Mistry, said the government's bold implementation of the demonetisation programme needs the nation's support.

"Demonetisation is amongst the three most important economic reforms in India's history, along with delicensing and Goods and Services Tax (GST)," Tata said in a tweet.

He further tweeted as saying that the government's bold implementation of the demonetisation programme needs the nation's support.

The government’s bold implementation of the demonetization programme needs the nation’s support. pic.twitter.com/tx1ZILSor8

The Prime Minister's recent focus on mobile and digital payments will also greatly facilitate the transition from a cash-driven economy to a cashless economy, which in the long term will enormously benefit the poor and underprivileged, he added.

"The government's firm resolve to fight and eliminate black money needs the support and cooperation of all like minded citizens of India who would like to see more equitable distribution of the nation's resources in a new India of tomorrow, based on merit and equal opportunity," Tata said.

He added that the parallel black money economy in India has fueled tax evasion, money laundering and corruption.

"The Prime Minister has displayed enormous courage in waging war on the black market economy in the country through the implementation of a major demonetisation programme," Tata said.

Earlier this week, the noted industrialist had asked the the government to consider special relief measures, similar to those employed at the time of national calamities, for the poor so as to lessen their hardships of currency crunch following demonetisation of high value notes.