Demolitions, dent in sentiment to cut December 31st revenues by 25% 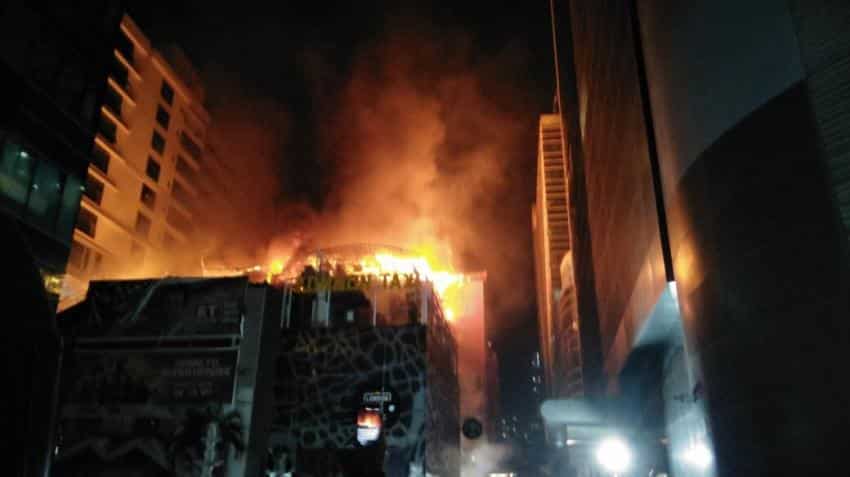 The ongoing demolition drive and "negative sentiment" following the Kamala Mills fire tragedy will shave off the business of city restaurants and pubs by 25 per cent during the New Year celebrations, said an industry source.

Fourteen persons died in a fire at a roof-top pub in Kamala Mills compound in Central Mumbai yesterday.

"The incident was very tragic and has turned the sentiment further negative for the industry's upcoming New Year celebrations, which was already suffering due to the Goods and Services Tax (GST).

"We are expecting the business in Mumbai to be affected by 25 per cent this New Year's eve," Hotel and Restaurant Association Of Western India (HRAWI) President Dilip Datwani told PTI here.

Last year the business had been hit by demonetisation.

According to industry sources, overall business on the New Year's eve in Mumbai is about Rs 800 crore.

"The fire incident was very tragic, and there is definitely a need to take action to make city restaurants and pubs a safe place for patrons," Datwani said.

However, he expressed reservations about the civic body's demolition drive in the aftermath of the fire, saying, the drive "left, right and centre" won't solve the problem.

"There is a need to review the situation. Definite action must be taken where it is needed," he added.

However, this will further scare people as no one will want to take any chance to venture out on the New Year's eve, he added.

Since most hotels and restaurants have sold tickets and invested in New Year events, it is not possible to cancel them, he said.

The HRAWI has called on its members to give paramount importance to patrons' safety and observance of all fire safety norms.

"Our members will observe a low-key New Year's eve by sporting a white label or flag in grief for the citizens who lost their lives at Kamala Mills," he said.

The HRAWI has also called for constitution of a joint committee of industry representatives and authorities to re-look at regulations in the wake of recent events.

"We feel knee-jerk reactions against the industry will only further dampen and disrupt the spirit further," he said.