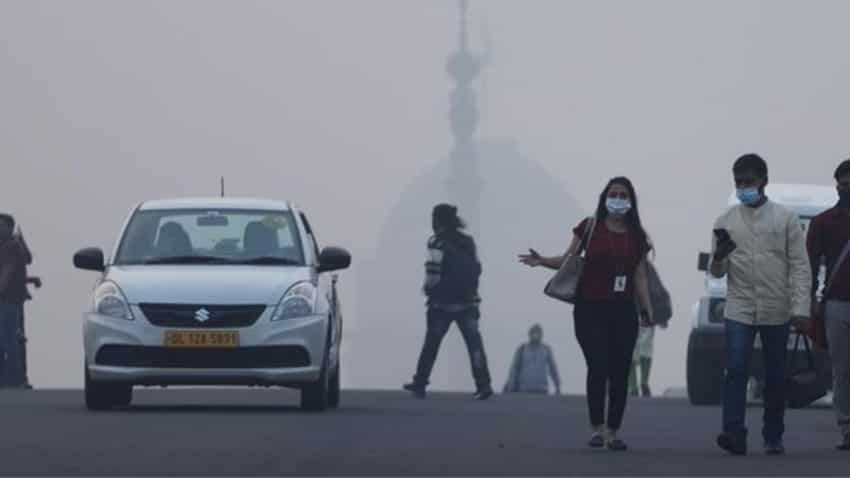 According to doctors, worsening air quality will lead to an increase in the number and severity of respiratory illness and disorders. Source: IANS

However, the city’s air quality which usually starts deteriorating at this time to year may take a little longer before it starts dipping to the ‘very poor’ to ‘severe’ category, according to the Indian Meteorological Department (IMD).

"For October 17 and 18, we have prediction of rain," V.K. Soni, Head of Environment and Research Centre at the IMD, told IANS.

"This year the monsoon was late by 10 days and we had a very good rain in the month of September. So, we had better air quality. Till October 4, we had 33 Air Quality Index after that it started deteriorating. Till yesterday (Friday), it was in `moderate` category and now it is in the `poor` category but the winds will change and we are expecting that the air quality will improve from tonight onwards.

"Till October 18, it will remain in ‘moderate’ category and then again we are expecting that it will deteriorate to ‘poor’ again," he told IANS.

With the onset of winter and the withdrawal of monsoon in the northwest region of the country, the wind changes direction from easterly to north-westerly. Along with that, as the temperature dips the pollutants are unable to disperse in the upper layer of atmosphere as freely and widely as it does during summer season, leading to high concentration of pollutants in the air.

In addition to the above, Delhi-NCR’s own dust and vehicular pollution; stubble burning in the neighbouring states of Punjab, Uttar Pradesh, Rajasthan and Haryana; storms carrying dust arrive from Rajasthan and countries such as Pakistan and Afghanistan lead to the high level of toxic pollution in the capital city.

Doctors have said that that worsening air quality and rising level of pollutants in the air lead to an increase in the number and severity of respiratory illness and disorders.

The most vulnerable of all are the elderly and young population.

A research conducted by The Energy and Research Institute (TERI) on over 400 children had found that 75.4 per cent of them complained of breathlessness, 24.2 per cent of itchy eyes, 75.4 per cent regular sneezing or runny nose and 20.9 per cent of having coughs in the morning.

Diwali 2022: Firecrackers banned in Delhi; restrictions in other states | check guidelines in your city