The national capital woke up to another chilly morning on Tuesday after breaking the 119-year record of the coldest December day on Monday. 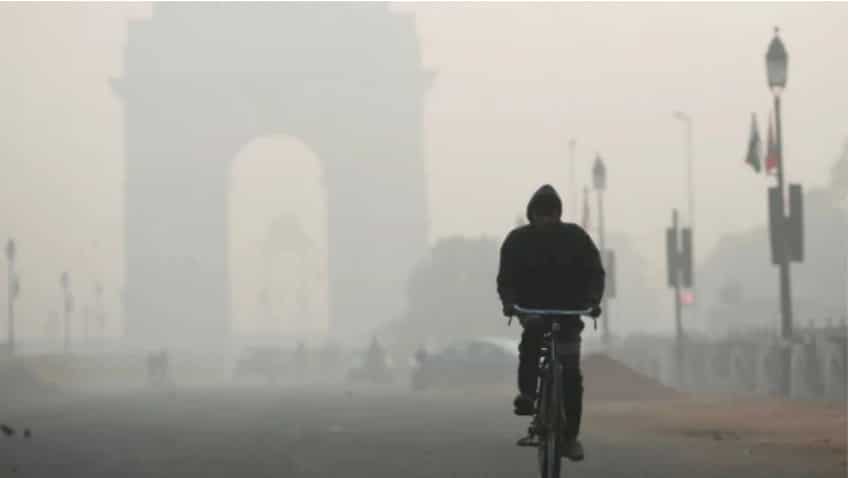 The national capital woke up to another chilly morning on Tuesday: Source; Reuters
Written By: IANS
RELATED NEWS

The national capital woke up to another chilly morning on Tuesday after breaking the 119-year record of the coldest December day on Monday with the day temperature "unusually" sticking to the lower side, with Safdarjung recording the maximum temperature at 9.4 degree Celsius, on Monday. The minimum temperature recorded at 8.00 a.m. on Tuesday morning was 5 degrees Celsius. Though engulfed in fog, the visibility appeared to be better than Monday morning, with sight of Sun.

The Air Quality has also improved in the national capital, however marginally, with Anand Vihar which is capital`s most polluted zone, witnessing AQI of 372.

Earlier on Monday, the IMD had predicted: "It may be noted that at the Safdarjung Observatory, in the last 118 years (since 1901) the lowest maximum day temperature recorded was 11.3 degrees Celsius on December 28, 1997. It may be broken today (Monday) in the next 3 hours." By the end of the day on Monday, Delhi recorded its coldest day since 1901, with the maximum temperature plummeting to 9.4 degress C.

The unprecedented cold wave condition is likely to continue over to the new year, said IMD officials.