Apart from these, Letters of Intent for the IoE status have been issued to five private universities including Jamia Hamdard, for being declared as IoE. 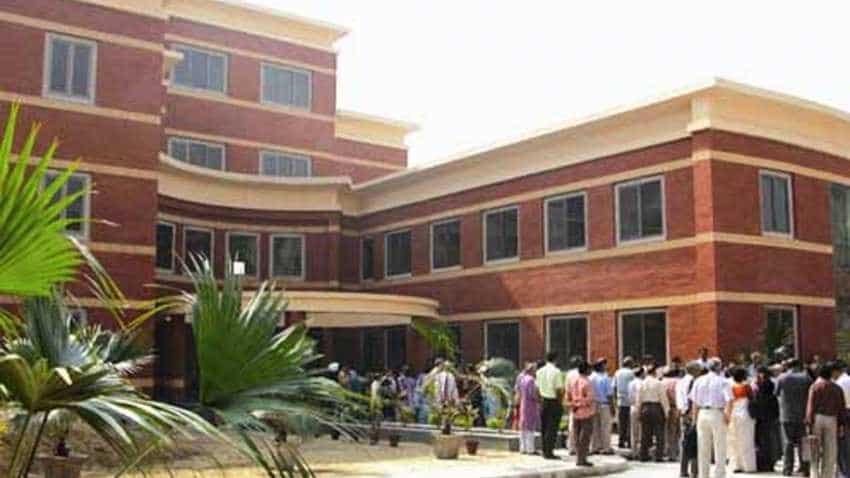 The Institutions of Eminence scheme was launched by the HRD ministry in 2016 to help enhance their global rankings. Image source: du.ac.in
Written By: IANS
RELATED NEWS

Apart from these, Letters of Intent for the IoE status have been issued to five private universities including Jamia Hamdard, for being declared as IoE.

"In addition, Letters of Intent were issued to five Private Universities for accepting and sending their preparedness for being declared as Institutions of Eminence. These are Amrita Viswavidyapeetham, Tamil Nadu, Vellore Institute of Technology, Tamil Nadu, Jamia Hamdard, New Delhi, Kalinga Institute of Industrial Technology, Odisha and Bharti Institute, Satya Bharti Foundation, Mohali. These institutions will need to submit their readiness for commencing academic operations as IoEs," the ministry said in a release.

For Shiv Nadar University, Uttar Pradesh. and O.P Jindal University, Haryana, the letters have been issued to their respective state governments to pass legislation in their state assemblies to cease their status as private universities. This has been done so that both can be considered as deemed IoE universities.

Two state universities -- Jadavpur University in West Bengal and Anna University, Tamil Nadu, -- were also selected by the Empowered Committee. The respective states of these universities have been asked to indicate their commitment towards their contribution under the IoE scheme.

"Till date, we have 16 institutions as IoEs, apart from which there are four others institutions where the state government`s confirmation and commitment is awaited," an official said.

The Institutions of Eminence scheme was launched by the HRD ministry in 2016 to help enhance their global rankings. As per the procedure, the higher education regulator, University Grants Commission (UGC), shortlists the names of institutions to the ministry, which decides the final names. Ten public and ten private institutions are picked every year as world-class teaching and research institutions.

Among the numerous benefits of being declared an IoE include complete academic and administrative autonomy, academic collaborations with foreign higher educational institutions, freedom to hire personnel from industry and elsewhere as faculty, who are experts in their areas but may not have the requisite higher academic qualifications, freedom to recruit faculty from outside India (with the limit of 25 per cent of its faculty strength for a public institution) and flexibility in fixing the curriculum and syllabus with no UGC-mandated curriculum structure.