Renting spaces in these locations could be a little heavy on your pocket. Delhi's Khan Market tops the list of 'most expensive retail spaces in India'. Here is the full list on the Global Retail Ranking Index. 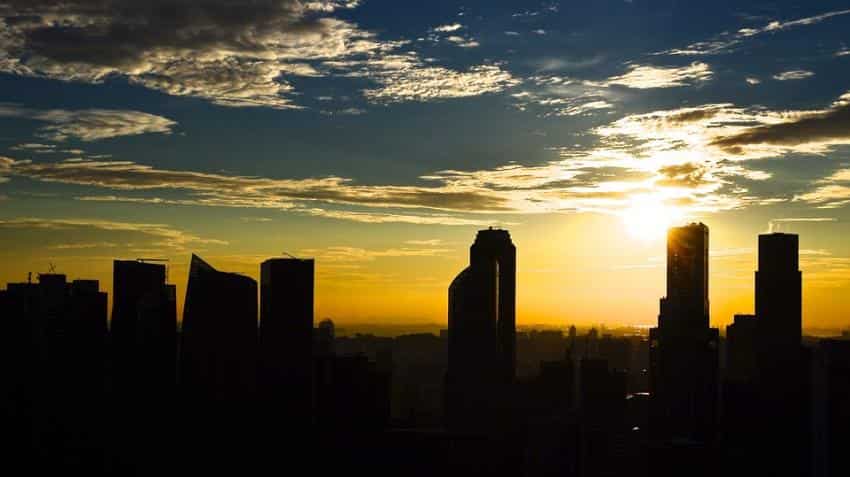 Per square feet rent at Delhi’s Khan Market would cost customers up to $232 or Rs 1250 per month. Representational image. Image Source: Pixabay

Delhi’s chic Khan Market is now the most expensive retail location in the nation. It has moved up four positions from 28th in 2016 to 24th this year, a report by Cushman & Wakefield report revealed on Wednesday.

“Khan Market, despite registering no change in rental values, moved up by four positions in the global rankings since 2016 on account of some key global markets facing devaluation in their rentals. Compared to peer markets in the APAC region, Khan Market was ranked at 11 while DLF Galeria in Gurgaon and Linking Road in Mumbai are ranked 19 and 20 respectively in the APAC rankings,” the report said.

Per square feet rent at Delhi’s Khan Market would cost customers up to $232 or Rs 1250 per month.

“Within India, Connaught Place in New Delhi saw the highest year – on – year rental growth at 11% giving the location a new lease of life. Connaught Place, which had slipped from its previous superior retail destination status, saw renewed interest from retailers across categories,” the report said.

Rent in these locations ranges in the Rs 760 to Rs 850 per square feet on a monthly basis, the report said.

“The retail sector in India has remained cautious in activities, even though there was visible momentum in leasing across main streets as well as shopping centres. The leasing activities across most key micro-markets was led by of food and beverages and fashion and lifestyle brands, both following an aggressive growth strategy in India. India’s current economic growth coupled with a favorable demographics of the population creates a conducive environment for growth of retail sector in the country. This further gets strengthened as an increasing number of global retailers start turning towards India in anticipation of more relaxation in entry policies by the Government,” Anshul Jain Country Head and Managing Director, India, Cushman & Wakefield. 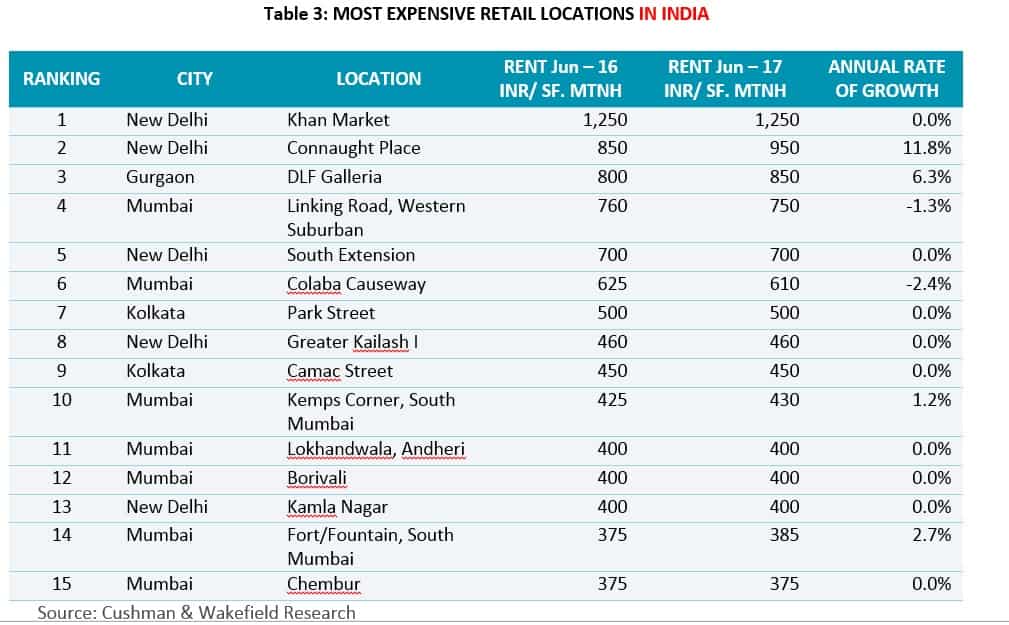 The most expensive retail location globally was the Upper 5th Avenue (49th - 60th Sts) in New York City where rent can go up to $3000 per square feet per year.

Causeway Bay in Hong Kong was the second most costly retail space in the world with rent amounting to $2725 per square feet on a monthly basis.

In India the bottom rank of the ‘most expensive’ list was Chembur which amounted to Rs 375 rent per sq ft per month.

“Kolkata’s Park Street and Camac street were a part of the top twenty in India, due to high rental values, albeit they remained unchanged in one year. These traditional retail locations have been high on demand from brands that are either looking at entering or expanding in the city owing to excellent catchment and existing retailer profile,” the report said.