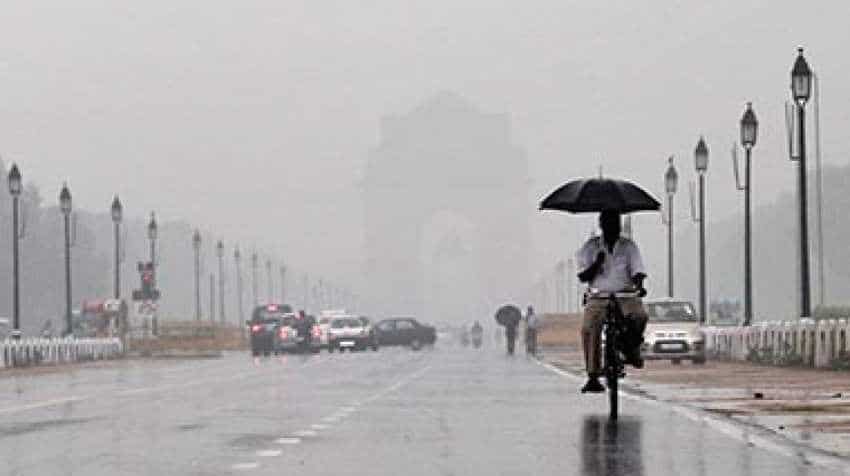 Relief showered on Delhi with 28.8 mm of rainfall in just one spell on Monday.  The National Capital Region (NCR) recorded heavy rains with the southwest monsoon making a comeback, which remained elusive for the last ten days. The  India Meteorological Department (IMD) stated that the rains brought in the much-needed relief with the mercury levels hovering between 26.6-34.7 degrees Celsius.

The sky remained cloudy, along with strong winds of 60 kmph strength. Additionally, according to private forecaster Skymet, the visibility dropped to 500m at the airport. The humidity was recorded at 78 percent early Monday morning.

IMD also stated that light rains coupled with thunderstorms to provide relief from the heat is like to be expected on Tuesday evening.

Apart from the Delhi NCR, Uttarakhand and Punjab along with parts of Jammu & Kashmir, Himachal Pradesh, Haryana, Uttar Pradesh and Rajasthan also experienced rains along with thunderstorms.

The officials also predict that fair precipitation will occur in the western Himalayan region along with plains over northwest India in the next two days.