Delhi– NCR emerge as the most expensive office location in India: Report

Hong Kong emerged as the most expensive location per workstation cost with the same costing over US$ 27,000/- per annum, followed by London and then Tokyo, said the Cushman & Wakefield report. 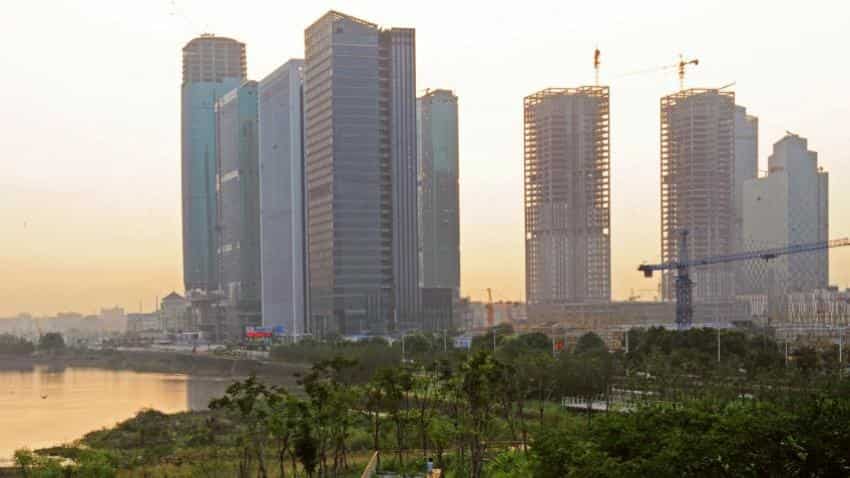 Delhi– NCR emerged as the most expensive office location in India, with rental values almost Rs 430 per square feet per month taking the cost of each workstation to over Rs 350,000 per annum, said a report.

In the report entitled “Office Space Across the World 2017”, global real estate consultancy firm Cushman & Wakefield on Monday said, "Delhi NCR, is ranked 84th in the global stacking of most expensive office locations. Rest of the India office markets ranked below 100, making India office markets one of the most affordable in the world."

Globally, Hong Kong emerged as the most expensive location per workstation cost with the same costing over US$ 27,000/- per annum, followed by London and then Tokyo, said the report.

According to the report, Gurgaon--the other major office market in Delhi – NCR, is currently at Rs 120 /sf/month, with each workstation space costing Rs 100,800 per annum (US$1,549). "This location, while having a vacancy of below 5% has been high on demand. The rentals have gone up by nearly 45% since 2013 on account of consistent demand from IT/ ITeS and other sectors," said the report.

Mumbai’s Bandra-Kurla Complex (BKC) was the second most expensive location for rental costs of over Rs 200,000 per annum per workstation with each workstation occupied at a monthly rentals of Rs 277/sf/month.

"Given the space constraints in the city, it is no surprise that the density is also the highest in the country. The demand from front office in BKC has been high with most companies in the BFSI, Consulting and IT/ ITeS services companies have been strong in their demand in this area," the global consultancy firm said.

The global firm also informed that "Kolkata’s CBD was ranked the third most expensive location to have a workspace with each workstation costing approximately Rs 95,000 per annum." The central business districts (CBD) comprises locations such as Park Street, Camac Street, Elgin Road, locations which continue to be the most sought-after in the city. "Even while the city faces an overall vacancy rate inching over 50%, the office space absorption remains concentrated in these busy office locations with steady demand from sectors like BFSI, consumer companies and consulting and media companies," the report said.

Bengaluru, which is the largest office space market by volume of absorption in India was ranked at a global 213 out of 215 destinations with workspaces costing only Rs 75,000 per workstation annually. The average cost per month for Outer Ring Road, which is a prime market witnessing majority of the office demand and amongst the highest rental increases, is estimated at Rs 86/sf/month, the report said.

Meanwhile, talking about Indian office spaces' global demand and comepetitiveness, Anshul Jain, Country Head & Managing Director, India, Cushman & Wakefield, said, “Indian office spaces are competitive globally in terms price, design and desk space. This coupled with strong talent pool, provides for a winning combination for entry and expansion of global companies in India. Our office space absorption is largely led by the services sector with IT-BPM making close to 50% of total office space requirements. Added to this, the growing trend of Start – ups in India, has been contributing in creating employment as well as office absorption. Both these phenomena benefit greatly because of lower office space costs.”

Jain further added, “Globally, as workstation costs rise, it’s crucial that employers get the most out of their workforce by providing work environments to help attract and retain the best talent in a globally competitive marketplace. There’s a tipping point when density is too high, or the amount of collaborative space is too low. Both can be a hindrance to people getting the work done. As competition heightens between spaces and cities, consideration of user experience and employee well-being is imperative.”