New Delhi, Mar 3 (PTI) The AAP on Wednesday won four of the five civic wards in Delhi in a bypoll, with Chief Minister Arvind Kejriwal asserting that people were desperate to bring the party to power in the three municipal corporations in the national capital. 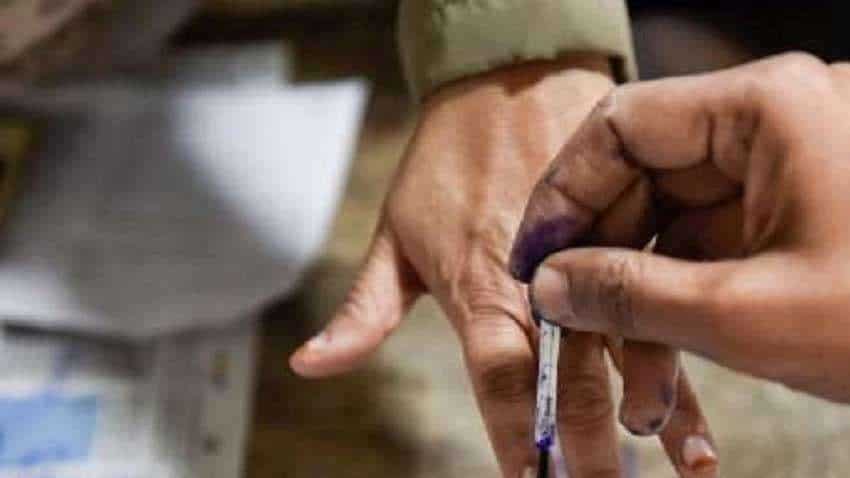 New Delhi, Mar 3 (PTI) The AAP on Wednesday won four of the five civic wards in Delhi in a bypoll, with Chief Minister Arvind Kejriwal asserting that people were desperate to bring the party to power in the three municipal corporations in the national capital.

The AAP, however, suffered a shock defeat in the minority-dominated Chauhan Bangar ward, where Chaudhary Zubair Ahmad of the Congress defeated the party's candidate Mohammad Ishraq Khan by a whopping margin of 10,642 votes.
The BJP failed to open its account in the bypolls, being seen as the semi-final ahead of the civic polls due in 2022, and even lost the Shalimar Bagh seat held by it to the AAP.
"We honour the mandate given by people. Losing Shalimar Bagh North is a matter of introspection. The shortcomings will be removed and I am sure BJP will win the elections for three municipal corporations in 2022," said Delhi BJP president Adesh Gupta.
The AAP candidates won from Kalyanpuri, Rohin-C, Trilokpuri and Shalimar Bagh North wards.
According to the State Election Commission, the AAP polled the highest 46.10 per cent votes in the bypolls, followed by 27.29 per cent by the BJP and 21.84 per cent by the Congress.
"The people of Delhi have once again voted in the name of work. Congratulations to all. The people are fed up with misrule of the BJP at MCD for 15 years. People are desperate to bring the AAP to rule the MCD," Kejriwal tweeted after the party's victory.
AAP candidate Dhirender Kumar won the Kalyanpuri ward by 7,043 votes. The party candidate Vijay Kumar from Trilokpuri defeated BJP's Om Prakash by a margin of 4,986 votes.
AAP's Sunita Mishra defeated Surbhi Jaju of the BJP in Shalimar Bagh ward by 2,705 votes. The seat was earlier held by the BJP.
Ram Chander of the AAP defeated BJP candidate Rakesh Goyal by 2,985 votes in Rohini C ward.
Deputy Chief Minister Manish Sisodia in a tweet congratulated the party workers for the victory and said people were fed up with the BJP and would bring in Kejriwal's politics of honesty and work, in MCD polls next year.
The AICC incharge of Delhi Congress Sh aktisinh Gohil said party candidate Chaudhary Zubair Ahmad's record victory reflected affection of people and hard work by Congress candidates.
Ahmad's victory margin was the highest in the bypolls for the five wards.
"Congress candidate Chaudhary Zubair Ahmad won from Chauhan Bangar ward by a record-breaking margin of over 10,000 votes in municipal corporation bypolls. This is? victory of affection of Delhi people, their confidence in our young candidate and hard work by Congress workers and leaders," Gohil tweeted.
More than 50 per cent votes were cast in the bypolls for the five municipal wards held on February 28.