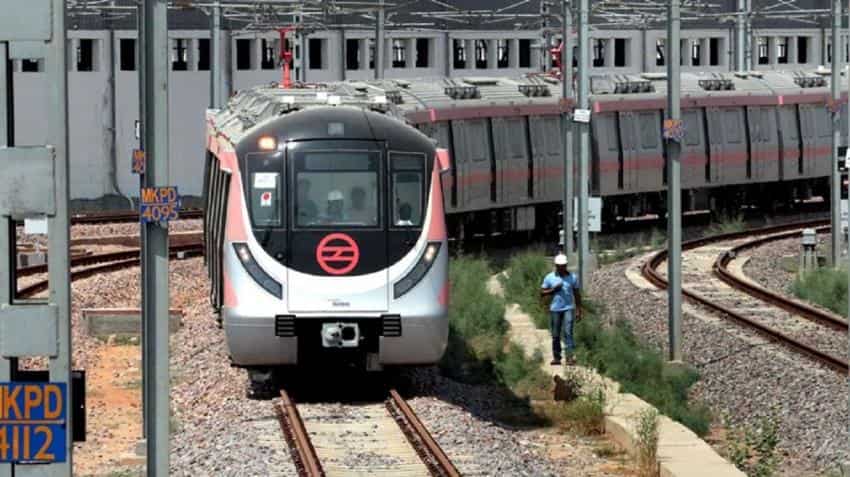 Delhi Metro Pink Line:  The over 20 km Majlis Park-Durgabhai Deshmukh South Campus section of the Delhi Metro's Pink Line will be thrown open to the public on March 14, a senior official said. The Commissioner for Metro Rail Safety (CMRS), which inspected the stretch from February 26-28, has given the clearance for the project. "The 21.56 km-long Majlis Park?Durgabai Deshmukh South Campus Metro corridor will be formally flagged off by Union Minister for Housing and Urban Affairs (Independent Charge) Hardeep Singh Puri and Delhi Chief Minister Arvind Kejriwal on March 14 at 4 PM from the Metro Bhawan here," the senior DMRC official said.

Passenger services on the stretch will begin from 6 pm onwards on the same day from both Majlis Park and Durgabai Deshmukh South Campus stations simultaneously, he said.

The 59-km Majlis Park-Shiv Vihar corridor (Line 7) of the metro network, also known as the Pink Line, is part of the Phase-III project.

Testing on the segment (Majlis Park-South Campus), part of the Phase-III project of the Delhi Metro Rail Corporation, was also successfully completed recently.

Starting last year, trial runs on its other stretches have also been conducted. The entire corridor will open by June 2018.

Incidetnally, Urban Affairs Secretary D S Mishra, on the sidelines of an event at the Metro Bhawan yesterday had said that the stetch would open next week, but had not given any specific date.

"The metro train on this stretch will also cross Dhaula Kuan at a height of 23.6 m (as high as a seven-storey building) to reach South Campus from Majlis Park," the DMRC said.

On February 7, trial runs began on the over 10-km elevated stretch (IP Extension-Maujpur) of the Majlis Park-Shiv Vihar corridor, on which the new signalling technology, Communication Based Train Control (CBTC), will be "rigorously tested".