Delhi Metro: Magenta Line's Janakpuri-Kalkaji section to be operational from next week

Passenger services on the segment, which has 16 stations, will begin on May 29 at 6 am from the Kalkaji Mandir and Janakpuri West stations simultaneously 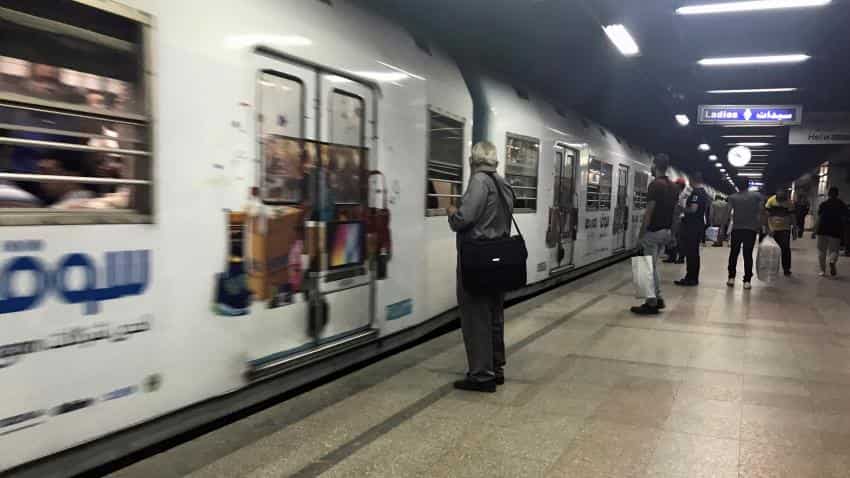 The 25.6 km-long Janakpuri West-Kalkaji Mandir stretch of the Delhi Metro's Magenta Line is all set to be inaugurated next week, officials said on Monday. Once opened, it will take the total length of the Delhi Metro Rail Corporation (DMRC) network to 278 km, they said.

Passenger services on the segment, which has 16 stations, will begin on May 29 at 6 am from the Kalkaji Mandir and Janakpuri West stations simultaneously.

The dignitaries will travel to Hauz Khas station after the inauguration.

This section will be the longest stretch to have been opened so far in Delhi Metro Rail Corporation's (DMRC's) Phase-III project.

On December 25, Prime Minister Narendra Modi had inaugurated the over 12-km-long stretch of the Magenta Line's Botanical Garden-Kalkaji Mandir corridor.

The highlights of the Janakpuri West-Kalkaji Mandir corridor will be the two new interchange facilities at -- Janakpuri West (with the Dwarka-Noida/Vaishali Blue Line) and Hauz Khas (with the HUDA City Centre-Samaypur Badli Yellow line).

The domestic terminals of the Indira Gandhi International airport here will also get connected to the metro network through Terminal 1?IGI airport station.

Commuters travelling from Gurgaon will now be able to change trains at Hauz Khas station to reach south Delhi and Noida.

Residents of Noida will also get direct connectivity to the domestic terminal of the airport.

Out of the 25.6 km-long stretch, 23 kms is underground and the rest is elevated. Only two stations -- Sadar Bazar and Shankar Vihar -- are elevated and the remaining stations are underground, the DMRC said.

With the commissioning of this section, the entire operationalised Delhi Metro network will be 278 km with 202 stations, the DMRC official said.

"After the opening of this section, 88 km of Phase-III corridors would have been commissioned and another 72 km are in the final stages of completion," he said.

"After the Magenta Line gets fully operationalised, we will be running 24 trains, to begin with, which we will gradually increase to 26, apart from operating reserve," the senior official said.

"The frequency will be 5 minutes and 15 seconds through the whole section and if passenger traffic demands, we may introduce shorter intermediate loops with higher frequency after studying the traffic pattern," he said.