​The Delhi Metro's grey line will be operational soon, connecting the urban villages in Najafgarh to Dwarka metro station on the Blue Line. 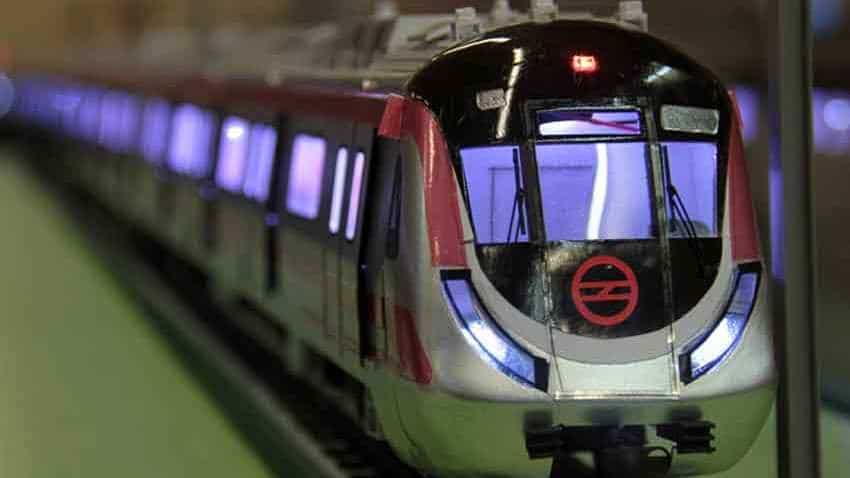 The line is expected to be operational by the end of this year. Source - DMRC.

The Delhi Metro's grey line will be operational soon, connecting the urban villages in Najafgarh to Dwarka metro station on the Blue Line. According to a report by Hindustan Times, the 5 Km-long corridor will have Dwarka, Nangli, Najafgarh and Dhansa Bus Stop stations, with Dwarka acting as the interchange facility between the blue and grey lines. The existing Dwarka station will be connected to the new Dwarka station through an 80m-long passage which will allow commuters to switch easily from Blue Line to Grey Line.

The line is expected to be operational by the end of this year. An official was quoted saying in the report that the Najafgarh Station is where the section’s depot will be. Najafgarh station will not only be the first station to connect the rural areas of Delhi, but it will also be the first to have both standard and broad gauges. The station will have a broad gauge so that it can be connected to the Blue Line which runs on broad gauge.

"It will be the first depot in the network to have both broad and standard gauges," the official added. The new Dwarka station will solar panels on its roof to produce about 180Kw of solar energy.

According to the details provided on the DMRC website, the length of Dwarka- Najafgarh corridor is 4.295 km out of which 2.754 km is elevated and 1.541 km is underground. The line will have three stations out of which two are elevated and one is underground. Till February 2019, about 94 per cent work on the line was done. The target of completion for this section is December 2020.

The HT report said that there will be additional parking facility outside the station to accommodate the traffic. The new Dwarka station was constructed as the authorities didn't want to halt operations on the highly busy blue line. So instead of connecting the old Dwarka and new Dwarka stations platform-to-platform, they opted for the concourse area. According to the officials, the new station was constructed separately and was connected through an 80m bridge from the concourse area.