Delhi Metro: DMRC said that it is erroneous to think that the Metro ridership is declining rather, it's showing an increase by three lakh. 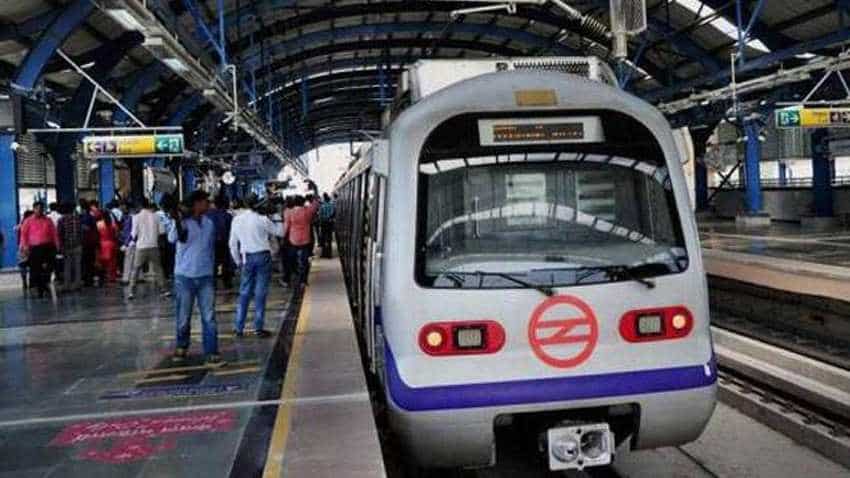 Delhi Metro: The figure shared by the DMRC represents ridership across its network. PTI
Written By: ZeeBiz WebTeam
RELATED NEWS

Delhi Metro Rail Corporation had increased its fare in 2017. It is being claimed that Delhi Metro has witnessed a decline in ridership post the fare hike. On March 24, a media report claimed that the Delhi Metro ridership has declined since then. The report was later carried out by various other media houses. However, the DMRC has outrightly rejected the report.

Clarifying its position, the DMRC said on its Twitter handle, "A prominent publication has reported that Metro ridership has gone down post fare hike in 2017. This is to clarify that Metro ridership which was 24.35L in October 2017 has increased to over 27.26L (excl Airport Line) in February 2019 even touching the 30 Lakh mark on some days."

The operator of the Delhi Metro added that it is erroneous to think that the Metro ridership is declining rather, it's showing an increase by three lakh.

This is just opposite to the media report. The report used data from an RTI reply to claim that the average daily ridership of Delhi Metro fell by over 3 lakh post fares were hiked in 2017.

The DMRC said that the metro ridership has been on a rise.

"The Metro Line Utilisation was over 50 Lakh in February 2019 which is a more accurate measure of the patronage enjoyed by the Delhi Metro in view of the extended Metro network and the availability of various interchanges in Delhi Metro," it said.

The media report claimed a fall in ridership using line-wise data pre and post-fare hike. However, the figure shared by the DMRC represents ridership across its network.