Delhi Metro Rail Corporation has introducted new facility for commuters who used trip passes on the Airport line, akin to smart cards used on other metro lines, can now use the QR code generated on their phones to make multiple trips. 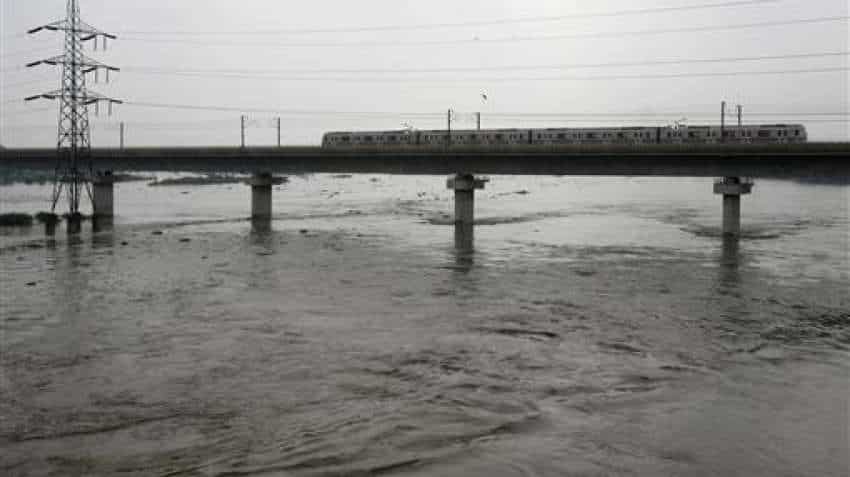 Passengers can purchase trip-based tickets using 'Ridlr' or 'PayTM' apps without going to a ticket counter at a metro station. Photo:Reuters
Written By: PTI
RELATED NEWS

Delhi Metro Airport Line: From Monday onwards passengers using the Airport Express line of Delhi Metro will be able to use the QR or quick response code generated on their smart phones for multiple journeys, instead of purchasing or recharging their passes at ticketing counters.

According to a statement issued by the Delhi Metro Rail Corporation (DMRC), with the introduction of this new facility commuters who used trip passes on the Airport line, akin to smart cards used on other metro lines, can now use the QR code generated on their phones to make multiple trips.

The 40 per cent discount per journey available on trip passes "will continue to remain available on QR code enabled trip based tickets", DMRC said. Presently, the QR code facility was available on the Airport line only for a single trip between an origin station and a destination station, like the ticket coins in other metro lines. With the new facility in place, passengers no longer need to queue up to recharge their passes or generate a QR code after every trip, DMRC said.

Now passengers can purchase trip-based tickets using 'Ridlr' or 'PayTM' apps without going to a ticket counter at a metro station.Commuters need to keep in mind that only one QR code trip pass can be purchased per PayTM or Ridlr account at any given point of time. All they have to do is download one of the two apps and register into them with their valid credentials, including mobile number and email id.

Thereafter, they can proceed to buy a QR code-based trip ticket by selecting the origin station and destination station and selecting the number of trips -- 10, 30 or 45.The QR code for 10 trips would be valid for 15 days while those for 30 or 45 trips would be for 30 days, the DMRC statement said. On selecting the number of trips between the selected stations, the app will display the fare to be paid which can be done through internet banking, credit or debit cards, UPI and e-wallet. Once the payment is made the user will receive a notification.

Thereafter, the app will display the QR code for the journey trips and the user can enter or exit metro stations on the Airport line by tapping the code on their phone screens against the QR-enabled automated fare collection (AFC) gates.

Once a journey is concluded, one trip would be deducted from the QR code ticket, the statement said and added that all six metro stations of Airport Express Line have been provided with a set of two AFC gates each for entry and exit through QR enabled system.

Some additional information that commuters need to keep in mind are that a QR code based trip pass will be valid for journey from 'origin' station to 'destination' station only.
A QR code trip pass will be marked expired or consumed, whether the validity of the pass gets expired first or the number of allowed trips is consumed.

A customer holding an active trip pass can purchase a new one only after the active one is consumed, expired or cancelled. However, there is no refund for cancellation of a QR code trip pass.
Another thing commuters need to be aware of is that in case of overtime or over-travel/change of destination, the customer needs to generate a penalty ticket after paying the applicable penalty fee, DMRC said.
"In case of change of destination, penalty fee will include difference of fare between the stations and surcharge (if applicable)," the DRMC statement said.