The Ministry of Home Affairs had recently issued guidelines allowing the Delhi Metro to resume operations in a graded manner, following which the DMRC had said it would be done in three stages from September 7-12. 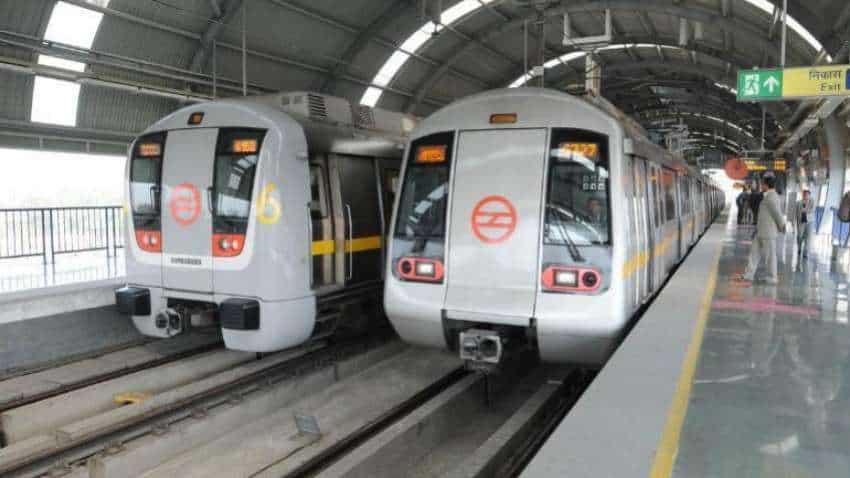 Delhi Metro's Magenta Line and Grey Line resumed operations on Friday after being closed for 173 days due to the COVID-19 pandemic, officials said. Photo: Reuters
Written By: PTI
RELATED NEWS

Services on other lines which had opened under stage one from Monday through Thursday would now also follow the stage two schedule.

Prior to this, Yellow Line and Rapid Metro were the first ones to be reopened on Monday, followed by Blue Line and Pink Line resuming services on Wednesday.

On Thursday, Red Line, Violet Line and Green Line were made operational.

"After resuming services on most of its lines under stage-I of the graded resumption from September 7-10 where services being run for four hours each in the morning and evening, the Delhi Metro will now resume services on its last major corridor, Line-8 i.E, Magenta Line from Janakpuri West to Botanical Garden (37.5 KM/25 stations) tomorrow, (with 26 trains)" the DMRC said in a statement.

Also Line-9 or Grey Line from Dwarka to Najafgarh (4.3 KM with three stations) will also be resuming services from Friday with two trains, it said.

On Monday, the Delhi Metro had resumed services with curtailed operation of the Yellow Line, since the closure of the urban transporter on March 22.

The Ministry of Home Affairs had recently issued guidelines allowing the Delhi Metro to resume operations in a graded manner, following which the DMRC had said it would be done in three stages from September 7-12.

The train services will follow broadly the same frequency which used to be before lockdown, it said.

Normal timing of services throughout the day from 6 am to 11 pm will become applicable from September 12 onwards. All lines will have resumed services when Airport Express line from New Delhi to Dwarka Sec-21 (22.7 km with six stations) is made operational under stage-III, the last stage under graded resumption plan of metro services, the statement said.

Thus, all lines of the Delhi Metro network comprising 349 km and 253 metro stations will be fully operational once again from September 12.

Owing to new norms of social distancing in place now which has significantly reduced the number of persons to be carried in a train, DMRC has also decided to run the peak hour frequency of trains from 8 am to 8 pm, doing away with the concept of off-peak hours from 11 am to 4 pm where services were available with less trains or trips earlier, the statement said.

From start of services till 8 am, it will be available in the range of 3 minutes to 15 min as the trains are gradually inducted from depots to lines.

From 8 am to 8 pm, on all the main stretches of lines, frequency will be in the range of 2 minutes and 45 sec to 6 minutes, the DMRC said.

From 8 pm to close of services, frequency will be in the range of 3 minutes to 15 min as the trains are gradually returning to depots, it said.