Even as the Delhi government has announced odd-even scheme to be enforced in November to reduce air pollution, it is yet to notify its Electric Vehicle Policy prepared almost a year back to curb vehicular pollution. 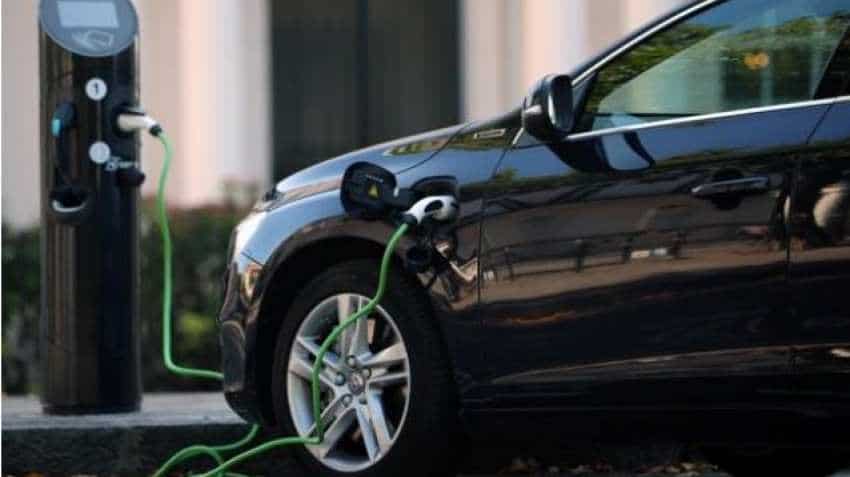 The odd-even scheme for private vehicles is being implemented from November 4 to 15 as the Kejriwal government believes vehicles are the major pollutants. Image source: Reuters

Even as the Delhi government has announced odd-even scheme to be enforced in November to reduce air pollution, it is yet to notify its Electric Vehicle Policy prepared almost a year back to curb vehicular pollution. The odd-even scheme for private vehicles is being implemented from November 4 to 15 as the Kejriwal government believes vehicles are the major pollutants.

In fact, to curb vehicular pollution, it had proposed to introduce electric vehicles for public transport in November last year but it is yet to see the light of the day. The Delhi Transport Department, in the policy draft Electric Vehicle Policy, had said the vehicular pollution was a consistent source of air pollution in the national capital and contributes up to 30 per cent of particulate pollution.

It also said the rapid adoption of zero-emission electric vehicles would be of great help to the city and the adoption of Electric Vehicles (EVs) for road transport will contribute to a wide range of goals. "These (goals) include - better air quality, reduced noise pollution, enhanced energy security and in combination with a low carbon power generation mix, reduced greenhouse gas emissions," the draft said.

The primary objective of the Delhi EV Policy 2018, as per the draft, is to bring about a material improvement in Delhi`s air quality "by bringing down emissions from the transport sector. "To do so, this policy will seek to drive rapid adoption of Battery Electric Vehicles (BEVs) in a manner where they contribute to 25 per cent of all new vehicle registrations by 2023."

However, the draft is yet to be notified, with the government saying it will be done in October. "By October, we will notify the Electric Vehicle Policy, after the needful amendments in the draft were approved by the Delhi Cabinet. The policy is being considered one of the most progressive policies in the country," the Transport Department said.

Delhi has been witnessing acute pollution during winters since 2015 with a thick layer of smog covering the entire city. To prepare the national capital beforehand, Delhi Chief Minister Arvind Kejriwal on September 13 announced the odd-even scheme between November 4 and 15, just a week after Diwali. This will be the third time that such a scheme would be implemented in Delhi. The first two times was in January and April 2016.

While releasing the draft last year, Delhi Transport Minister Kailash Gahlot had said about 30 per cent of particulate pollution in winter is caused by vehicles. "We have drafted a comprehensive Delhi Electric Vehicle Policy with an aim to make Delhi a leader in the adoption of electric vehicles. We believe that going electric and breathing better are two sides of the same coin."

The Draft Delhi EV Policy 2018 says the government recognises that a new approach is required to kick-start EV adoption in Delhi. "It will, therefore, seek to put in place measures that address the key hurdles to EV adoption." The policy will be applied exclusively to Battery Electric Vehicles. "Mild Hybrid, Strong Hybrid and Plug-in Hybrid Electric Vehicles will not be targeted by this policy."

It also acknowledged that two-thirds of new vehicle registrations in Delhi comprise of two-wheelers -- motorcycles and scooters, and any attempt at electrification of Delhi`s vehicle fleet needs to address these segments. "To drive large scale adoption of EVs and maximise the reduction of vehicle emissions, this policy will focus attention on incentivising the purchase and use of electric two-wheelers, and supporting the electrification of public/shared transport."

Also, providing accessible public charging facilities within 3km travel from anywhere in Delhi is a key objective of this policy. The draft policy also says that at least 50 per cent of all new buses procured for the city fleet will be fully electric buses. "Starting with the induction of 1,000 electric buses in 2019," the draft said.

The draft also said that the policy funding will be obtained from the pollution cess, parking surcharge, road tax, congestion fee and other sources. " All petrol and diesel-powered vehicle users will pay a `Pollution Cess` on the sale of fuel beginning with April 2019. Additional road taxes will be levied on diesel and petrol vehicles, especially luxury cars. A congestion fee up to 2.5% on fare will be levied on all trips originating or terminating within the NCT of Delhi and taken through cab aggregator and ride-hailing services," the draft said.

How EV fire incidents will help industry to become mature? Ather Energy CEO has an explanation

Electric Vehicle two-wheeler sales to go up by 78% in 2030 if all goes well - Know reasons here!