Pollution in the Indian capital New Delhi hit "severe" heights on Thursday after hundreds of revellers in the city let off fireworks long into the night to mark the major Hindu festival of Diwali. 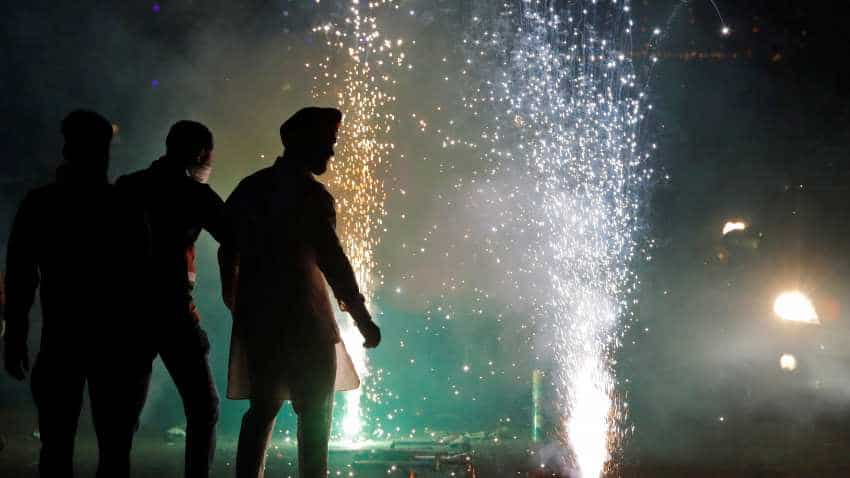 Pollution in the Indian capital New Delhi hit "severe" heights on Thursday after hundreds of revellers in the city let off fireworks long into the night to mark the major Hindu festival of Diwali. Image source: Reuters

Pollution in the Indian capital New Delhi hit "severe" heights on Thursday after hundreds of revellers in the city let off fireworks long into the night to mark the major Hindu festival of Diwali.

Two of the federal government`s indices showed pollution levels at "very poor" and "severe", indicating that prolonged exposure could lead to respiratory illnesses. These indices measure the concentration of tiny poisonous particulate matter.

U.S. embassy tweeted that the air quality levels in Delhi had soared to 526 at 6 a.m. That would put the pollution above hazardous levels and pose a serious health risk to residents.

A level of 50 or less is considered healthy.

A high level of tiny particulate matter can lodge deep into the lungs and cause major health problems. In recent weeks Delhi doctors have reported an increase in the number of patients with respiratory problems due to a rise in pollution levels from burning crop residue, vehicle exhausts and industrial gases.

Each year, smoke from festival firecrackers significantly adds to pollution levels in Delhi and its satellite cities, resulting a haze that can linger for days as wind speeds drop in the cooler weather.

For a second successive year, New Delhi`s chief minister has likened the city to a "gas chamber". Around this time last year, he declared a public health crisis, shutting down schools for a week and told residents to remain indoors.

Last month, the country`s Supreme Court allowed the use of "green" firecrackers for Diwali but only if they were let off between 8-10 pm. However, there were no "green" fireworks available for sale and many fireworks were let off before and after the designated two-hour period.

Authorities have been reluctant to enforce an outright ban on the use of fireworks to avoid offending millions of Hindus across the country, for whom Diwali is one of the biggest festivals.

A senior government official had told Reuters the city was heading into a "deadly cocktail" of pollution due to fireworks around Diwali and crop residue burning by farmers.

Many residents of the city do not wear face masks when they go outside in heavy smog, in contrast to what happens in Beijing and other Chinese cities with a pollution problem.