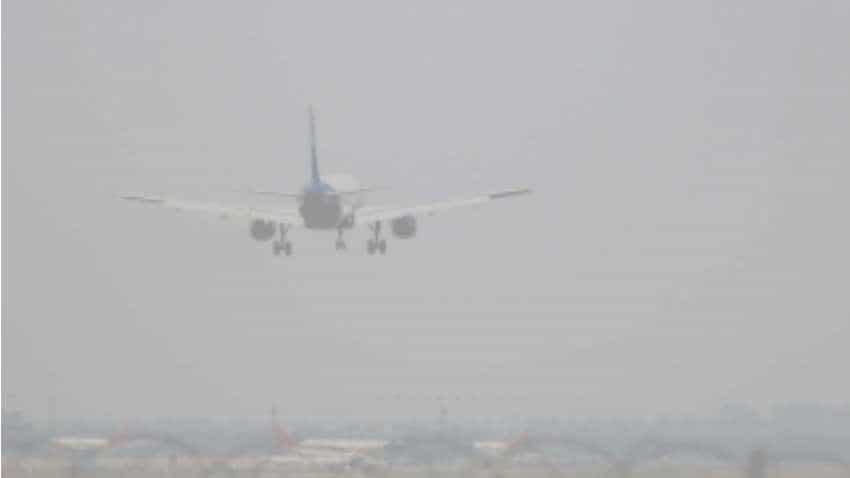 Delhi, Bengaluru, Hyderabad, Chennai Airport, Flights, Weather Latest Update: In a major development due to fog-induced low visibility on early Saturday, 6 flights were diverted from the Indira Gandhi International Airport (IGIA). According to sources, heavy fog had started to envelop the airport around 6 a.m. The flights had to be diverted as pilots were not trained to operate in CAT IIIB conditions, an IANS report said.

"The low visibility condition lasted from 5 a.m. to 10.30 a.m. during which six flights were diverted. Landings and take-offs continued using CAT IIIB Instrument landing system during the period," sources said as per the report.

The airport has a technologically superior CAT (category) IIIB ILS system, which allows compliant aircraft and trained pilots to land even when the runway visibility is just 50 metres. This year new ATC tower, thermal imaging cameras and first-of-its-kind 24X7 social media command centre are being used to manage operations during the reduced visibility conditions.

Meanwhile, the flights at Bengaluru airport are likely to be affected due to fog and poor visibility on Sunday morning, an official said on Saturday.

"Safe landing and smooth take-off on time depend on visibility in the early morning on any given day. The city weather is unpredictable and sudden heavy fog reduces visibility of the runway for pilots to land or take-off," an official of the Kempegowda International Airport (KIA) told IANS.

As the airport at Devanahalli, about 40 km north of the city centre, was free from fog on Saturday, there were no flight dusruption. The airport witnesses around 60 flights between 5 a.m. and 8 a.m.

However, the poor visibility on Friday morning due to fog disrupted 67 flight schedule, including 38 departures and 29 arrivals, said the terminal duty manager.

Five city-bound aircraft were diverted, three to Hyderabad and two to Chennai, for safety reasons.

Though the airport operator Bangalore International Airport (BIAL) has built the second runway with CAT III instrument landing system, it has not been made operational due to delay in regulatory clearances.

As the third busiest airport in the country after Mumbai and New Delhi, Bengaluru is connected to about 60 domestic and overseas routes for ferrying passengers as well as freight. "Air traffic movements average 500 per day in all-clear weather, with most flights in the early morning and late night hours," the official added.

Unlike other bigger airports across the country, the Bengaluru airport is situated at about 3,000 feet above the mean sea level.