The national capital woke up to dense fog on Monday morning as temperature continued to fall, leading to disruption of flight operations at Delhi airport ( Indira Gandhi International airport). 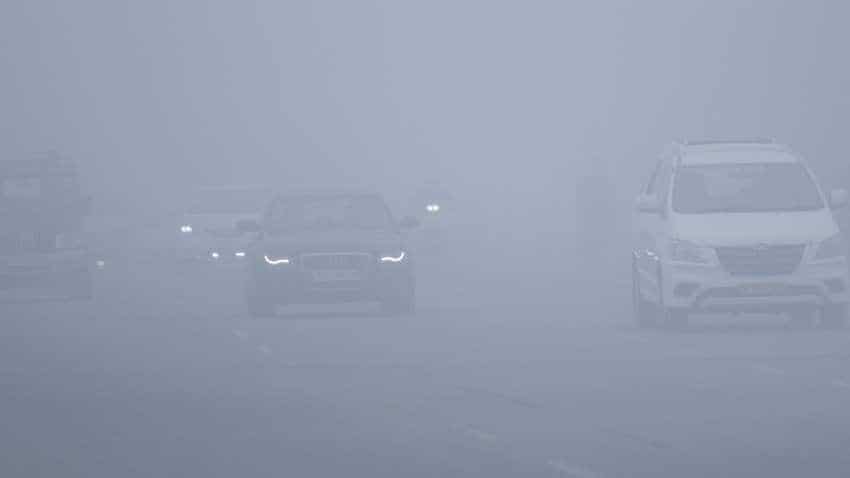 The national capital woke up to dense fog on Monday morning as temperature continued to fall, leading to disruption of flight operations at Delhi airport ( Indira Gandhi International airport). A source at the Delhi airport told PTI, "Due to fog, some of flights have been put on hold at the departure points. This has led to a delay." However, he added that there have been no diversions or cancellations of flights. The minimum runway visibility required for take off at Delhi is 125 metres. Passengers using other modes of tarnsport were affected too. As many as 27 trains coming into Delhi were delayed due to fog in Northern India. Road traffic too was affected as visibility plummetted, causing drivers to slow down as well as to drive with their hazard lights on.

Delhi: Several flights are on hold at the runway due to dense fog. https://t.co/xlYYslHWj0

Apart from the inclement weather, the region was also hit by poor air quality, adding to the woes of locals in the national capital and surrounding areas. According to SAFAR, Air Quality Index (AQI) at Delhi`s Lodhi Road area saw major pollutants PM 2.5 and PM 10 docking in the `poor` category at 206 and 216, respectively.An AQI between 0-50 is considered good, 51-100 is satisfactory, 101-200 moderate, 201-300 poor, 301-400 very poor and 401-500 is marked as severe/hazardous.

According to the IMD, the minimum and maximum temperature of the capital region will remain between 8ºC and 20ºC on Monday, with moderate fog. The sudden change in weather is largely because of showers last week. The Met department has also predicted thunderstorms between February 7 and 9.

The Delhi Traffic Police has also issued an advisory to the motorists, urging them to take precautions to avoid mishaps due to fog. It has asked the riders to check the weather before driving. "If there is fog warning, delay your trip until it clears," the advisory read.

The Delhi police has also asked the drivers to not drive on the travelled portion of the road as they could become the first ink in a chain-reaction collision.

Delhi Jal Board: Water supply to be disrupted in some areas till September 14 — check list

Registration of homes in Hyderabad region down 36% to 5,181 units in August