Delhi airport alert! This is why passengers were hit by delays at IGI airport

Citizens took to Twitter over the delays, posting their harrowing accounts. It was later revealed that, only after an hour had passed did Delhi Airport get the glitches sorted - systems were restored at around 1:45 am. 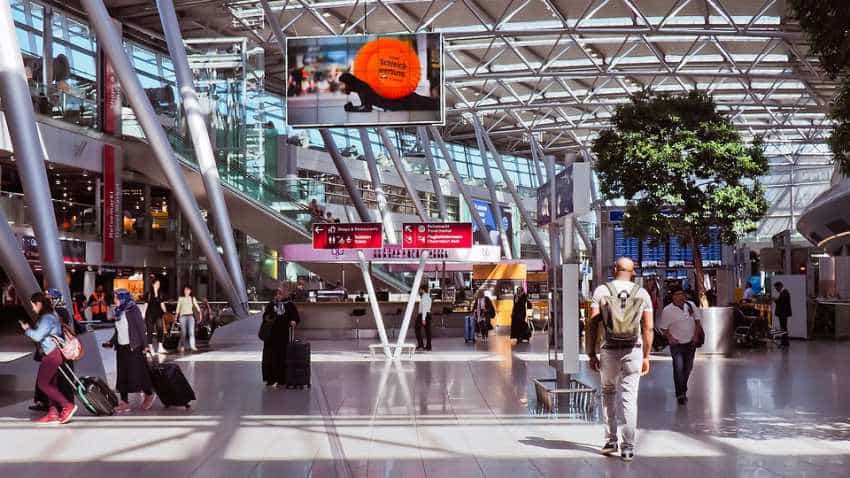 Considering that the air tickets are so expensive, every flyer expects to have a safe and time-bound journey. Photo: Pixabay
Written By: Pooja Jaiswar
RELATED NEWS

Considering that the air tickets are so expensive, every flyer expects to have a safe and time-bound journey. However, over the last few days, passengers have got to experience quite the opposite of that! Thousands of air-travellers have had to go through a nightmarish experience at Delhi airport. In a bizarre string of events, the entire process was hit by immigration servers at the Indira Gandhi International Airport. The thing that affected flights was the immigration servers crashing! It was revealed that, because of this immigration shutdown, as many as six flights were delayed by 30 minutes time while two more were off by as much as an hour. However, some passengers said that the delay was as long as 5 hours!  As if that was not enough, national carrier Air India suffered a server glitch too, resulting in delayed flights lasting several hours. As a result, at the Delhi airport, long queues of frustrated passengers could be seen.

Citizens took to Twitter over the delays, posting their harrowing accounts. It was later revealed that, only after an hour had passed did Delhi Airport get the glitches sorted - systems were restored at around 1:45 am.

A passenger on Twitter said, “The madness continues... #AirIndia #DelhiAirport with what looks like no extra staff to assist and no organised way of dealing with stranded customers... last time with AI.”

The madness continues... #AirIndia #DelhiAirport with what looks like no extra staff to assist and no organised way of dealing with stranded customers... last time with AI pic.twitter.com/hHbSKRvvZT

While another passenger said, “Complete chaos at #DelhiAirport as passengers get agitated and questions AI ground staff,verbal scuffle breaks out,Flight(AI764) delayed over 5 hrs.Still no clarity or proper info on flight status by officials,passengers were not informed of any delay.”

Complete chaos at #DelhiAirport as passengers get agitated and questions AI ground staff,verbal scuffle breaks out,Flight(AI764) delayed over 5 hrs.Still no clarity or proper info on flight status by officials,passengers were not informed of any delay#AirIndia#Airport pic.twitter.com/39Sd2htrFs

In its reaction, the Ministry of Home Affairs has said that a "technical snag" caused the delay in immigration counters at the IGI airport Sunday night. However, it said that the normalcy was restored within two hours. The glitches in the server lasted between 12.15 am and 1.45 am.

MHA statement added, "There was some delay, due to technical snag, which resulted in slightly delayed clearance averaging 45 to 50 minutes at the immigration counters of the IGI airport, New Delhi on the night of April 28. Normalcy returned within two hours and the system has been functioning smoothly since then". PTI quoted sources as saying the snag happened when the immigration network was being shifted to a new server.

The double whammy that hit Air India on Sunday alone led to some 137 flights delayed - 149 flights on Saturday. As per PTI report, the average duration of delay on Sunday’s flights were 197 minutes.

Air India on April 27 said, “The Air India passenger system server operated by global airline IT major SITA, was affected with a difficult system issue while undergoing scheduled maintenance early this morning. This led to delay in some of our flights globally. Subsequently, the system was fully restored by SITA at all airports at 0845 hours. Air India had swung into action with senior executives, including CMD, Board Directors, Station Heads and EDs rushing to the airport to take control of the situation and also facilitate passengers."

The state-owned carrier added, "Flights have been rescheduled and passengers informed accordingly.However, as the disruption and delays due to this outage happened at the start of the day, operations are likely to be somewhat delayed during the day due to cascading effect."

Air India uses terminal 3 at Delhi Airport. If an airline is delayed at first section, it is bound that second and third section as well. Usually, an airline travels from one sector to another in one day. For example, if an aircraft took off from Mumbai to Delhi, the other sector will be Delhi to Bengaluru while Bengaluru to Chennai will be third. Hence, the entire chain of its travel during a day will be delayed.

One of the major components of hassle free air travel are the servers. The tech concerned holds travel details like destinations, identity proof, time period, seat number, flight details and baggage information etc. Hence, when a server is down, even flyers' boarding process gets affected, which impacts the check-in at the aircraft.

Other important factor is immigration process, which is a must for every passenger, be it Indians or foreigners. However, this one is applicable for departures and arrivals in a foreign country. In India, altogether there are some 86 Immigration Check Posts, catering to international traffic. From thee,  37 ICPs are functioning under the Bureau while the remaining are being managed by the concerned State Governments.

These are officers are appointed for checking legitimate travellers that can visit foreign countries. However, when immigration server is affected, the check points do enter into a chaos creating delay in your journey.

Data compiled by DGCA revealed that, in March month, some 196,813 passengers were affected due to delayed flights. For these passengers, some Rs 157.03 lakh was spent on refreshments, reschedules and refunds. However, the number of passengers impacted due to delay in March, is still lower from 199,138 individuals in February 2019. 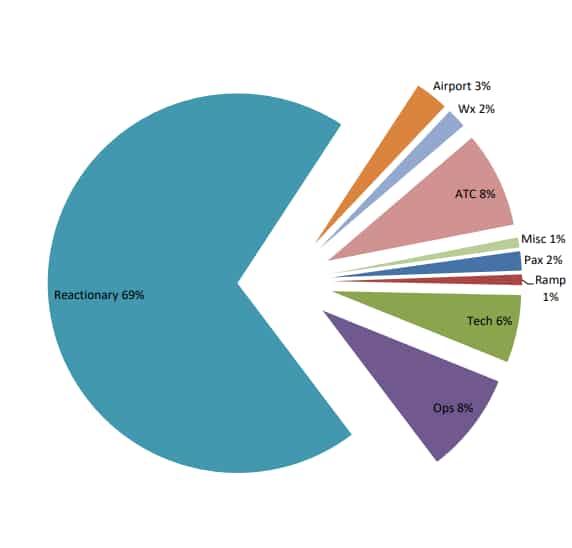 After analysing reason for delay in March, it was found that, 69% delay were due to late arrival of incoming aircraft or connecting of flight, crew or cargo, etc. While, 8% delay each was due to air traffic control and operational difficulties respectively. While 6% was because of technical issue, 3% led by airport and 2% due to passengers.

Shockingly, the data showcased that, 272,078 passengers were impacted due to cancellations in March. This was more than three times compared to just 79,795 individuals impacted in February 2019. Apart from this, 4973 passengers struggled because they were denied boarding in March.