Delhi air pollution: High Court pulls up state government, says there is 'complete lack of will'

The Delhi High Court on Thursday pulled up the state government and concerned authorities on the present state of air pollution in the national capital. 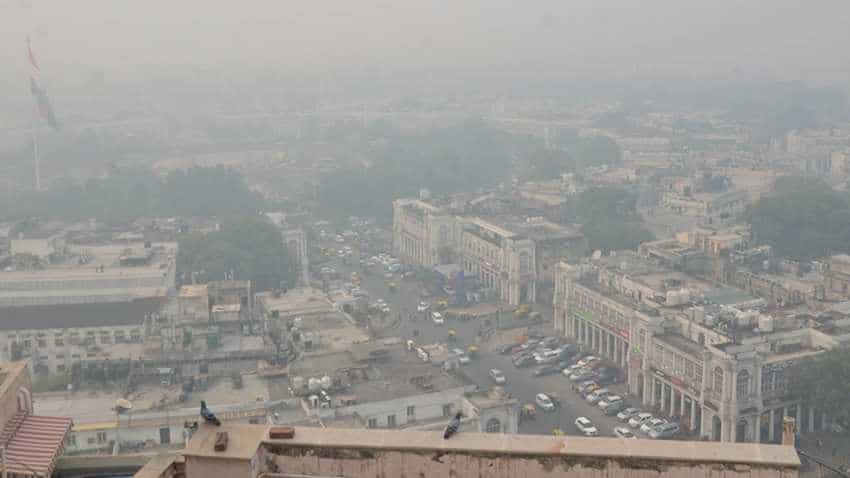 The Court insisted on a proactive role by all stakeholders including citizens. Source - IANS.
Written By: ZeeBiz WebTeam
Edited By: Harish Dugh
RELATED NEWS

The Delhi High Court on Thursday pulled up the state government and concerned authorities on the present state of air pollution in the national capital. The court observed that the situation in the city could have been better if its previous orders were followed. It said that the pollution level would not have reached where it has today. It added that the situation got worse as there is a complete lack of will. "The problem lies in implementation and not lack of ideas. There is complete lack of will," it observed.

The Court insisted on a proactive role by all stakeholders  including citizens. It has directed the Chief Conservator of Forests, to appear before it on the next date of hearing. The division bench of Jutices GS Sistani and Anup Jairam Bhambhani has also asked how many trees have been planted since January 2018 till December 2018.

It asked Forest Department's plan on increasing forest cover and reduce encroachment in Delhi. The High Court has suggested that the government should ban all demolitions in the city between October and January. It has asked the authorities concerned to take steps to ensure that building material is not left uncovered.

Municipal Corporations asked to  take necessary steps to deal with encroachment on the roads.

"This exercise has to be done in a routine and regular manner and not on days before the Court hearing," it said while senior officers have been asked to issue circulars for implementation of the orders and also undertake inspection to ensure the implementation.

The matter would be heard next on December 2.

The air level in the city has got worse over the last two days and the government was forced to announce holiday in schools till Friday. "In view of the deteriorating air quality due to stubble burning in north India, Delhi government has decided to close schools on Thursday and Friday," Delhi Dy CM Manish Sisodia tweeted in Hindi.

The Directorate of Education said the steps are being taken keeping in view the hazardous levels of air pollution.