Delhi a gas chamber, government shuts down schools till 5th November as AQI at worst-ever

Delhi has, literally, been overcome by pollution. Delhi's air quality index (AQI) on Friday was 533 as it continued to be in the "severe" category for the fifth consecutive day. 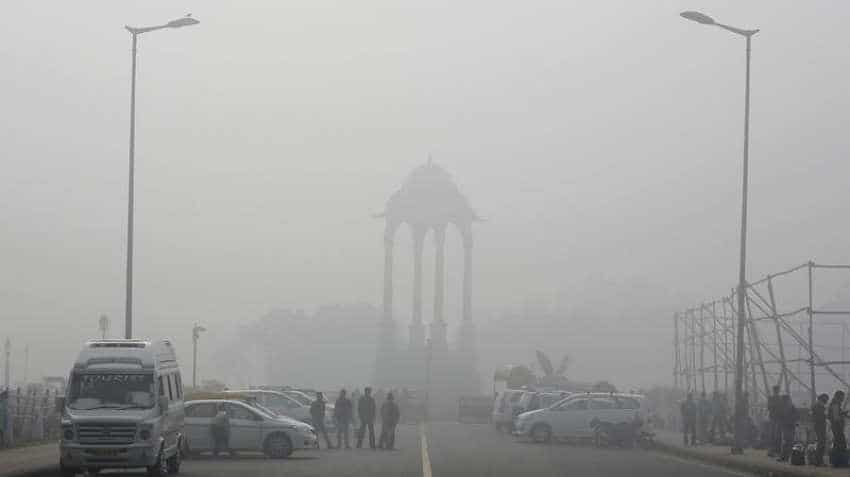 The PM10 count at 555 slipped to the severe category that was earlier in the "very poor" zone. The PM 2.5 at 383 continues to worsen.
Written By: IANS
RELATED NEWS

Delhi has, literally, been overcome by pollution. Delhi's air quality index (AQI) on Friday was 533 — making it the worst-ever at this time of the year — as it continued to be in the "severe" category for the fifth consecutive day. This has forced Delhi government to announce a school holiday and that it will be in force till the 5th of November. No relief is expected before Sunday when the onset of an western disturbance is forecast that should disperse the accumulated pollutants.

Chief Minister Arvind Kejriwal called the national capital "a gas chamber" as National Capital Region`s Ghaziabad was said to be the most polluted zone.

"Delhi has turned into a gas chamber due to smoke from crop burning in neighbouring states. It is very important that we protect ourselves from this toxic air. Through private and government schools, we have started distributing 50 lakh masks today (Friday). I urge all Delhiites to use them whenever needed," Kejriwal tweeted.

According to Safar India, the calm surface wind condition that has prevailed ever since the Diwali celebrations on October 27, has led to strong surface nocturnal inversion and accumulation of the pollutants.

The effective stubble fire counts of Haryana and Punjab has shown an increase in trend and reached its peak value this year at 3,178.

The stubble fire percentage contribution to Delhi`s air quality touched the season`s highest share of 44 per cent on Thursday and is predicted to be 38 per cent on Friday.

According to the forecast, a slight improvement in AQI is expected by Saturday but in the same severe category.

The transport-level wind direction is westerly as of Friday but forecast to be Northwesterly for the next two days and favourable for plume transport.

A fresh Western Disturbance -- an upper air trough runs roughly above the northwest border of Rajasthan as of Friday -- which is likely to advance to eastern regions of northwest India by Saturday.

In a clampdown on polluting sources, the Central Pollution Control Board (CPCB) has shut down coal-based industries, construction activities till tomorrow.

CBCB has asked all implementing agencies to remain vigilant, intensify actions for controlling burning of waste, dust from C&D activities, road dust, and strictly enforce the law. Road dust must be controlled with multiple applications of water sprinkling or along with dust suppressants.

It has asked Punjab and Haryana to take immediate stringent actions to curb stubble burning. Biomass burning in Delhi and other NCR towns must also be strictly checked, it said.