The Defence Ministry is working on a proposal to monetise land belonging to its military farms in order to boost revenues, officials said on Tuesday. 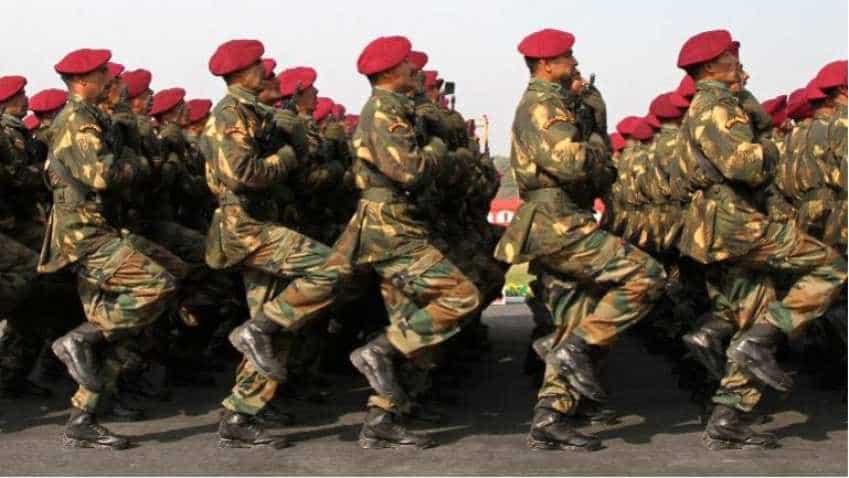 Defence contracts: Of the 188 signed in last 3 yrs, 121 given to defence PSUs, ordnance board, says Govt

The Defence Ministry is working on a proposal to monetise land belonging to its military farms in order to boost revenues, officials said on Tuesday. The proposal follows a meeting of top ministry officials with members of the 15th Finance Commission in New Delhi last week. The need to boost revenues of the defence establishment has arisen out of a notification issued by the Finance Ministry in August amending the terms of reference of the 15th Finance Commission.

The finance ministry notification inserted Paragraph 9A to the terms of reference which reads: "The Commission shall also examine whether a separate mechanism for funding of defence and internal security ought to be set up, and if so, how such a mechanism could be operationalised." According to a defence ministry official, there are 39 military farms across the country which are mostly lying unused.

Defence think tanks have also suggested monetisation of unused and under-used land belonging to the ministry in order to raise revenues. The ministry is further working on a proposal to corporatise the family of 41 state-owned arms factories that are functioning under the Ordnance Factory Board. This proposal is being worked upon to generate more revenues from the units apart from creating more employment opportunities and making the factories competitive to sustain in the market.

"There are nine defence PSUs in the country out of which five are listed in the Sensex. The remaining four should be listed on the Sensex too so that 25 per cent government equity is offloaded. In case of offloading, the proceeds go to the finance ministry. But it needs to be worked out how much of the proceeds can be diverted to the defence ministry to help it grow its own resources. There should be rationalisation of manpower too in the ministry and services," said L.K. Behera, research fellow, Institute for Defence Studies and Analysis.

Defence contracts: Of the 188 signed in last 3 yrs, 121 given to defence PSUs, ordnance board, says Govt