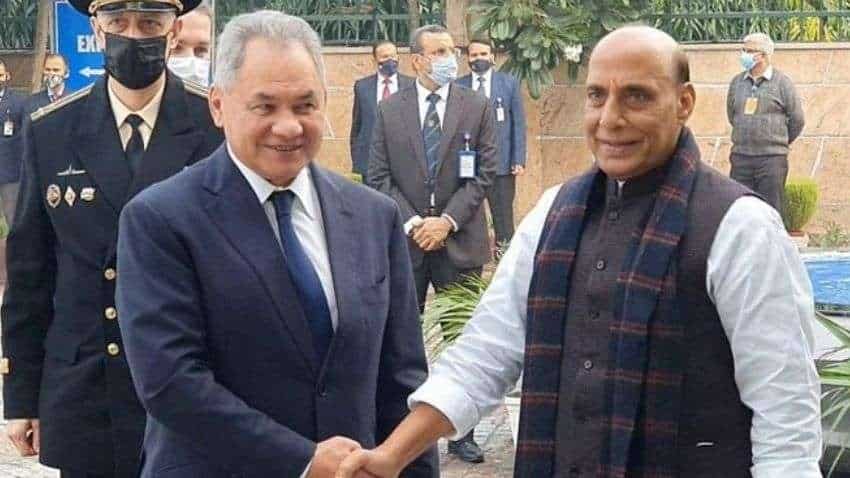 After the '2+2' talks, the two Russian ministers will join President Vladimir Putin later in the day in his summit talks with Prime Minister Narendra Modi.

India and Russia are set to ink a number of pacts to expand cooperation in key areas of defence, trade and investment, energy and technology at the summit.

In the summit as well as in the inaugural '2+2' defence and foreign ministerial talks, the two sides are also expected to focus on the situation in Afghanistan.

Officials said a number of a issues including ways to expand joint production of defence equipment figured in the Singh-Shoigu talks.

Ahead of the summit, India cleared the long-pending AK 203 Kalashnikov rifles deal worth nearly Rs 5,000 crore for production of over five lakh such rifles at Korwa in Amethi by an Indo-Russian joint venture.