Days of bad loans are over; any slippages are going to be normal: Rajnish Kumar

State Bank of India chairman Rajnish Kumar said slippages that lead to NPAs is a normal thing but it depends on the total book of the bank and must not cross the limit. He however, added that NPAs over the past 30 years were uncommon in nature and their days have come to an end. 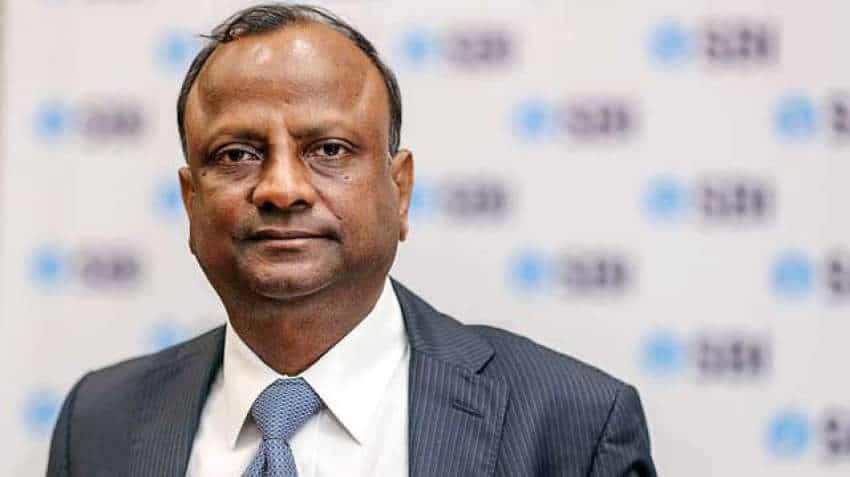 State Bank of India chairman Rajnish Kumar said that NPAs over the past 30 years were uncommon in nature and their days have come to an end. Image source: DNA India
Written By: ZeeBiz WebTeam
RELATED NEWS

State Bank of India chairman Rajnish Kumar, in an exclusive talk with Zee Business's Ekta, said slippages that lead to NPAs is a normal thing but it depends on the total book of the bank and must not cross the limit. He however, added that NPAs over the past 30 years were uncommon in nature and their days have come to an end. Here are the edited excerpts:

Q: In the recent past you expressed your views about the pros and cons of mergers. Looking at the current scenario of the Public Sector Banks (PSBs), I would like to know about other options, besides a merger?
A: In case of PSBs, the first step will be to pull them out of the PCA framework by improving their financial condition. In fact, we created a strategy for the same during our Gurugram meet. The merger can also be a possibility. There is talk of differentiated banking under which every bank will have to create its own niche instead of copying each other. It can also be a good strategy. So, we can work on both strategies together.

Q: You stated that the days of bad loans are over, but do you anticipate any slippages in coming quarters?
A: Slippage is a normal thing. But the situation of previous 30 years was not a common thing. I think those uncommon days have come to an end. Being in the lending business, possibilities of slippages in form of NPAs are common but it will depend on the percentage of the total book. If it is within the tolerance limits then there is no reason to be worried but it must not go beyond that. Following the recognition of NPAs by banks in 2017, I feel that all slippages that will occur in the system are going to be normal that may occur in the normal course of business.

Q: But banks are weighed down by telecom and power sector. So can you say about the kind of process that will be used by the lenders to counter it?
A: When it comes to NPAs associated with telecom sector then they have been declared as NPAs and the resolution process of those NPAs have been initiated either under NCLT or outside it. Remaining telecom centres have been consolidated into big players.
Interestingly, we don't see any danger in the exposure of those three companies that have emerged in the telecom sector through consolidation because their promoters and business models are strong and they also have an almost equal market share.
Similarly, in case of the power sector, almost all accounts have been converted into NPAs in past two quarters, i.e. in December 2017 and March 2018. Remaining power assets with good PPAs, fuel supply and a scenario of power creation will be resolved outside NCLT. Let's wait and see what we achieve by doing so.

Q: What is your assessment related to current recovery and credit growth? Are we on the road to recovery?
A: I feel that we are moving towards recovery. Most of the accounts mentioned in the NCLT resolution list have been completed and remaining accounts are likely to be closed in July-September quarter. The first NCLT resolution list had 12 accounts. Resolution of 29 accounts, which were mentioned in the second NCLT list, will also be completed by end of the year. This means the asset resolution of banks will be more and there will be less addition of NPAs. In fact, in March 2019, both gross NPA and net NPA in case of State Bank of India (definitely) and other banks will be less.

Q: The recent bank frauds had raised questions on integrity and working system of the banks. How do you see this issue?
A: My view on the issue is that the commercial judgements should be seen in the light of the circumstances and context under which the judgement was made. They were bona fide judgements and there could be further actions, which may occur due to negligence and negligence does not mean criminality. You can't associate everything with criminality, as criminality means the decisions were taken with a bad intention. I feel the bona fide decisions, which were taken without any intention to harm the bank must not be termed as a criminal activity. As such actions will not allow the banker to take right and fearless decisions, which will have a negative impact on the country's economy as well as its banking system.