Chandrajit Banerjee, Director General, Confederation of Indian Industry, talks about Indian participation at Davos, budget expectations and things that are needed to be a $5-trillion economy during an interview with Swati Khandelwal, Zee Business. Edited Excerpts: 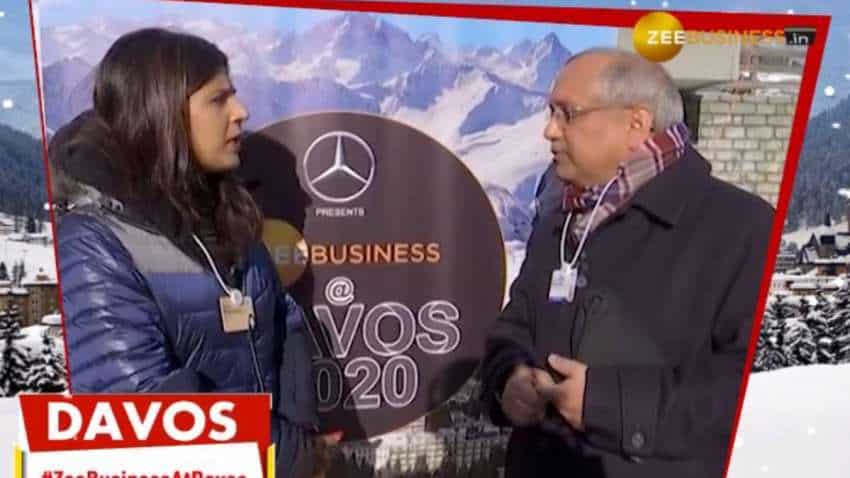 Chandrajit Banerjee, Director General, Confederation of Indian Industry, talks about Indian participation at Davos (#ZeeBusinessatDavos) budget expectations and things that are needed to be a $5-trillion economy during an interview with Swati Khandelwal, Zee Business. Edited Excerpts:

Q) What is India's importance at Davos and what role it can play at the platform where the business leaders are talking about sustainability and creation of a better world?

A: India has an important role in the theme, Sustainability, as India is a big player and it can contribute immensely and India has been contributing positively. In the last few years, we have shown global leadership like Solar Alliance or any other important steps that India has taken on sustainability. They are a very important signal from an emerging economy. So, it is a global position that India has on that particular section. India and the Indian Industry can leverage the huge opportunity that is available here. If you walk through the main walkway then you will get to see the huge office of Infosys, a huge pavilion for Wipro, TCS, then you have Madhya Pradesh and India. India is in full strength. The next story of India is emerging from the States of India. Four states have arrived here and few Chief Ministers are also present here, which is a very strong signal that we are competing and accessing the global markets and also inviting them to India. The Chief Minister and the minister who have come here are meeting the global leaders and inviting them to invest in India. I feel this is a very positive strong story.

Q: The budget is around the corner and everyone is expecting that something bold is likely to happen. As an industry representative let us know about your expectations from the budget?

A: The most important thing that we would like to see in the budget is how shall we increase the demand, which is a challenge at present. Interestingly, the government in the last few months has announced several things outside the budget and this means that the roll-up to the budget (#BUDGET2020ZEE) has been strong and an agenda has been set for what is likely to happen in the budget.

Q: Quick deadlines have been set to make India a $5-trillion economy. So, let us know about the opportunity that India can use as an advantage amid the slowdown at domestic as well as the global level and geopolitical tensions?

A: The discussions are going on about how can we look at a $1 trillion manufacturing, which is extremely important because+ manufacturing is our strength. But there are small issues like an inverted duty structure in our electronic industries. If the issues are corrected then it can help us in reaching the $1-trillion economy as far as the manufacturing sector. This will automatically trigger the services that will help us in reaching the $5-trillion economy.

And, an important exercise is going between the government and industry to turn India into a $5-trillion economy. The exercise is being carried out because all the responsibilities do not lie with the government and that's why the industry will also have to work on it because they will also have to invest. There is a need to collaborate. That is the process, which has been very well started and we are also looking at the markets as export is going to be a very very important driver for achieving the target.