Neeraj Kanwar, Vice Chairman and Managing Director, Apollo Tyres, talks about Davos and how India can contribute largely to the climate, the slowdown in the auto sector, expectations from FY21 and Union Budget among others during a chat with Swati Khandelwal, Zee Business, at Davos. Edited Excerpts: 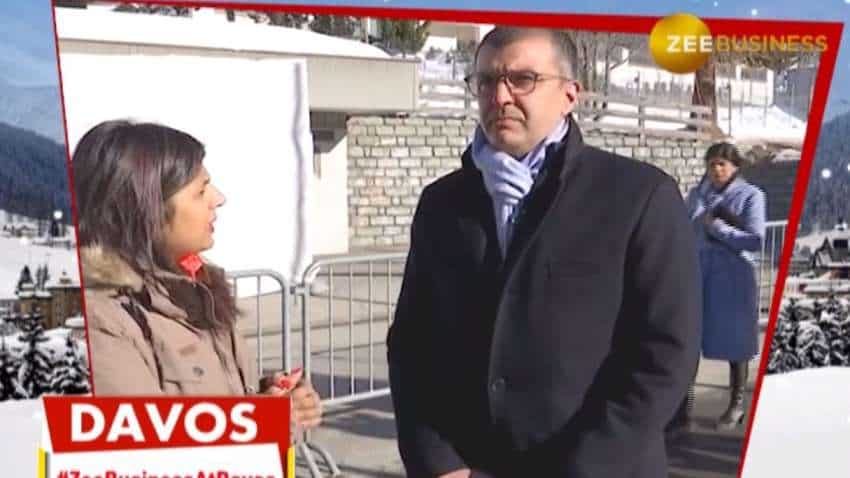 Neeraj Kanwar, Vice Chairman and Managing Director, Apollo Tyres, talks about Davos and how India can contribute largely to the climate, the slowdown in the auto sector, expectations from FY21 and Union Budget among others during a chat with Swati Khandelwal, Zee Business, at Davos. Edited Excerpts:

Q: Climate change and global warming have been a major topic of discussion at Davos. How India can play an important role in ensuring that we contribute largely to the climate to make it better for future generations?

A: Climate control has been talked at Davos(#ZeeBusinessatDavos) and India has to do a lot more. I think the first thing our sector, Auto Sector, is the main fuels of climate in form of CO2 and emission norms and the government has taken a pro decision to move onto Euro VI, BSVI, which is very good and will have an impact on climate in a positive way. Also, we are hopeful that scrappage policy will be announced and reduce it from 20 years to 15 years, which will give life to new trucks, new automotive industry and also bring down the pollution levels. They should be done ASAP (as soon as possible). I have heard two-three sessions where big politicians have announced the planting of trees like the US saying 1 trillion trees and Pakistan saying 10 billion trees. So, I think that we have also in our initiatives have to start doing all these for looking after the future generation.

Q: The Auto sector has been through a slowdown but certain green shoots are visible. So, do you think that the worst is over and things will improve from here now?

A: The last year was very challenging and again this year we have started with a challenging task. However, slight recovery has been seen the car segment for which we are happy. When it comes to farm sector then because of the good monsoon, we have seen farm taking up. While OEM still down in commercial vehicle are down by 30-35%. But, I am very hopeful that with the new budget coming, new scrappage policy coming, BSVI coming, things will come back in shape. So, I am very positive that the new financial year that will start from April 1, 2020, will be a good year for Apollo. I am saying Apollo because we have put a lot of money in R&D and brand building. So, we are ready to garner market share as soon as the market returns.

Q: Can you tell about the segment that will recover first? You said FY21 will be a good one for you, so do you think that it will be good in terms of the top line, bottom line and margins?

A: I am an optimistic guy and am optimistic for India, a land of opportunities, and I have also heard some of the Indian ministers who were speaking very positively about India. I can say that things have bottomed-out and demand will return. NBFCs will have to start looking and refinancing the truckers. Once, when things start then there is better demand as far as trucking community is concerned. So, once when it starts, we can see a surge in CV sales.

Q: What are your expectations from the upcoming budget for the sector?

A: I am hoping that that more spending on infrastructure, which will fuel the economy. I am hoping the scrappage policy coming, GST rates coming down as far as the auto sector is concerned. All these are hopes but the main thing is the implementation of such policies that comes out. We had done the GST in the past - good or bad - but I think it was positive but the implementation would have been better. My mood is good, maybe it is down for India Inc, but I am pity optimistic. Apollo's mood is very vibrant, positive and we are ready for a good year.

Q: Apollo Tyres also has its presence in the global market and is also expanding itself. But even the global market is but subdued at present. Do you think that it will have an impact on business and what are your plans for international plans? Are you looking forward to any M&A opportunities?

A: First I would like to talk about Europe, which is 40 per cent of our revenue. Europe has seen an 8 per cent decline in Germany in auto sales but we in Apollo is doing very well and have gained the market share on the back of bringing new products. We have been performance winners in all-season tyres, winter tyres, which has been giving us market share in markets like Germany and the Netherlands, where we are moving ahead. So, it is a positive sign and again when there is a pick-up in the market in Germany Apollo will be ready. Apollo has also started selling to OEMs in Europe, which in itself is creating repeat demand. So, I am very bullish about Europe. The US is a new market for us and we have started a sales organisation in the country. We are starting making roads in the US market. There are no plans for M&A. Right now, our Hungary plant has just come to the mainstream with 80% of utilisation. We have a Greenfield going on in Andhra Pradesh. So, our hands are full.

Q: CapEx that has been lined up for the next couple of years?

A: The CapEx is the same and we have differed little bit of it in NAP. We continue to at the same level of CapEx.