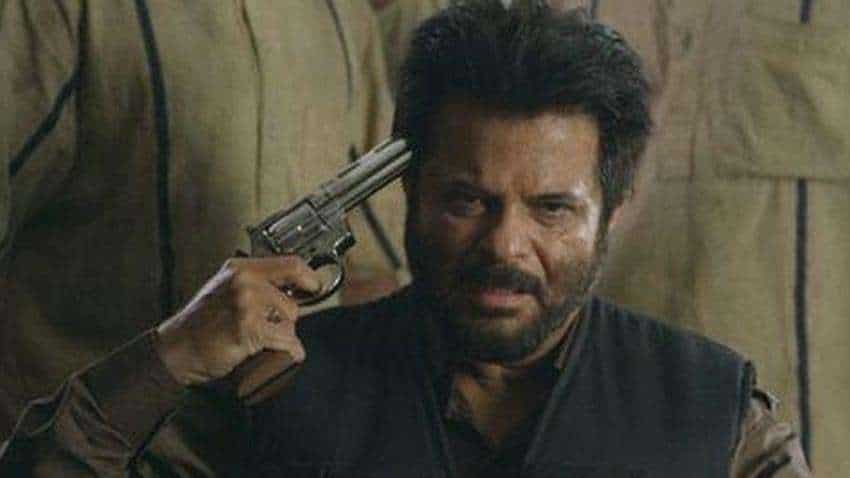 The Vikramaditya Motwane-directed AK Vs AK casts the actor as filmstar Anil Kapoor whose daughter, actress Sonam Kapoor (played by Sonam Kapooor), is kidnapped by a director named Anurag Kashyap (essayed by Anurag Kashyap). Anil has to hunt his daughter within a night without informing the cops if he wants her safe, and the deal is Anurag will be filming the entire process to create his new film.

"I was absolutely astonished by `AK Vs AK`! It`s an extraordinary film with a great start and even better ending. One of the most insightful things about the film is how it deals with people`s egos and their larger-than-life personas breaking the myths around `celebrities` Anil and Anurag," Boyle said.

He continued: "It is so evident in the first scene, when Anil says he is a shameless actor. There is a degree of that visible in the way he has approached this film. What`s incredible is that not only does Anil Kapoor walk the plank, but the length that he walked -- it seemed that he was ending his career and simultaneously giving birth to a new one, which is an extraordinary juggling act."

"There`s a truthfulness and satire to what he has prepared to say about himself and do on-screen. `AK Vs AK` is truly an exhilarating film and an exciting one too," added the filmmaker, who cast Anil Kapoor in his film Slumdog Millionaire, which won eight Oscars in 2009.

Boyle shared his views when he joined Anil Kapoor, Anurag Kashyap and director Motwane for a virtual conversation.

AK Vs AK also has cameos by Anil Kapoor`s son Harshvardhan Kapoor and brother Boney Kapoor as themselves. The film released on Netflix on December 24.