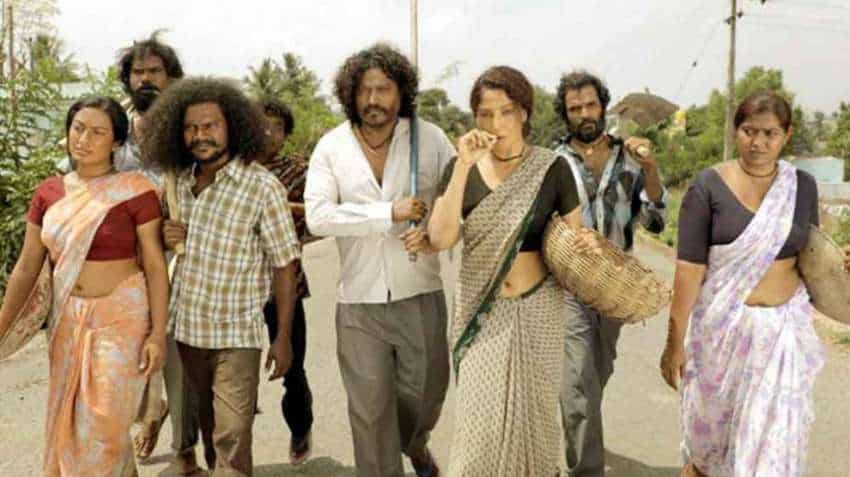 Tamilrockers — the infamous torrent website — has now hit another South Indian  movie — Dandupalyam 4 by leaking it online with free download offer. The Full HD (high definition) version of the South India movie released in Kannada and Telugu, adopted by Tamil, Malayalam, Hindi and different languages is now available for download free of cost by the notorious piracy website. Dandupalyam 4 might not have the direct impact on its Box Office collection as it was launched fully on 1st November 2019 but the flick was expected to sell its satellite rights to various movie channels and this Tamilrockers online leak may have some impact on this portion of the business that the film-makers would be expecting once the Coronavirus lockdown is lifted.

Originally made ion the Kannada language, Dandupalyam 4 was launched in Kannada and Telugu, adopted by Tamil, Malayalam, Hindi and different other languages. The South Indian movie has the spiciness of a crime thriller story. The film has immense potential to maintain the viewer on the sting. The online leak by Tamilrockers will definitely have an effect on the movie field workplace assortment.

As said earlier, Dandupalyam 4 is a crime thriller in which Sundri and the Dandupalya gang want to help bring the older members of the gang out of jail. But, there is a diligent cop — Jagapathi Babu played by P Ravi Shankar — out there to take them down. The flick starts off with its previous franchise Dandupalyam 3, where the entire gang is awaiting its death penalty. The Dandupalyam, which was restricted to Bengaluru now spreads across Karnataka in its latest franchise of Dandupalyam 4.

Dandupalyam 4 makers were expecting some fresh business in the flick as it is a masala entertainer. But, after the online leak by Tamilrockers, the potential business that could have been generated is in trouble. However, it's well known that the notorious piracy website Tamilrockers has done major damage to the movie.