The government's move to change petrol and diesel prices on a daily basis - currently being tested in five cities. 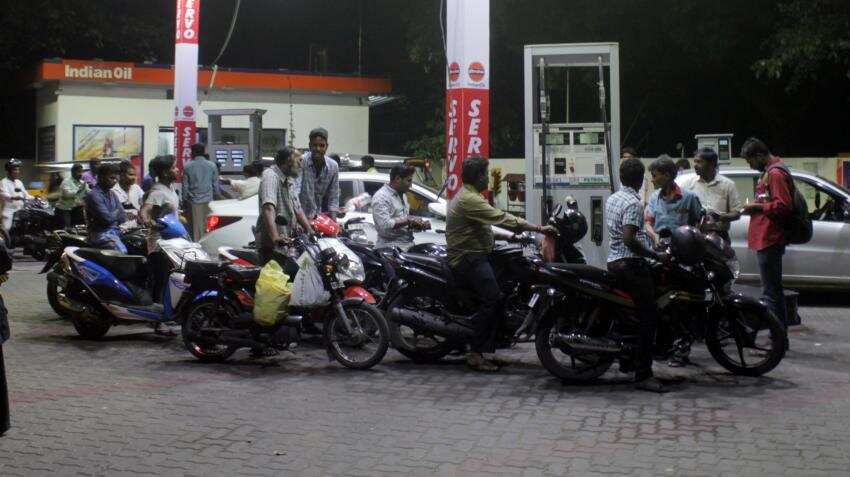 After a sucessful trial in a handful of cities, state-run oil marketing companies are gearing up to introduce daily changes in petrol and diesel prices to all over India, sources told Prakash Priyadrshi.

According to sources, the pilot project of daily oil price review, which was implemented in five cities starting from May 1, has been very "effective" and "encouraging".

ALSO READ: More than half the cost of per litre of petrol is just taxes; Cheapest petrol in Port Blair, Mumbai most expensive

The arrangement is likely to be implemented from mid-June 2017.

The government's move to change petrol and diesel prices on a daily basis - currently being tested in five cities - was likely to improve the marketing margins of PSU oil retailers, according to a India Ratings research report.

In fact, after the launch of the pilot this month in five cities - Puducherry, Visakhapatnam, Udaipur, Jamshedpur and Chandigarh - prices have fallen.

ALSO READ: Petrol, diesel prices begin changing everyday: This is how it impacts you

"The current level of international product prices of Petrol & Diesel and INR-USD exchange rate warrant increase in selling price of Petrol and Diesel, the impact of which is being passed on to the consumers with this price revision," IOC had said.

Presently, the fuel retailers revise the petrol and diesel prices every fortnight based on average international price of fuel in the preceding fortnight and currency exchange rate.

Last revise petrol price was announced on May 31 where Indian Oil Corp (IOC) announced petrol price hike by Rs 1.23 per litre and diesel by 89 paise a litre in order to compete with rising international fuel rates.