Cyclone Vayu impact: In view of Cyclone Vayu, Western Railway has cancelled a number of trains. 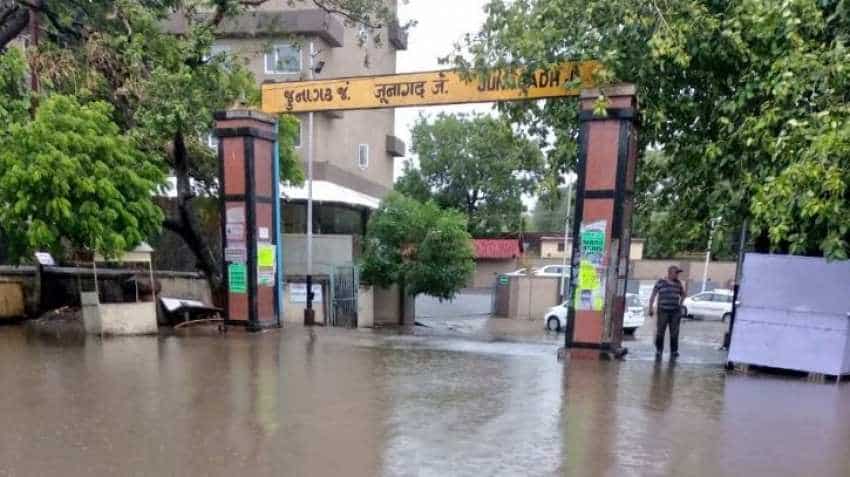 Cyclone Vayu impact: In view of Cyclone Vayu, Western Railway has cancelled a number of trains. In a tweet early today, Western Railway said, "Keeping in mind safety & security of passengers in view of #VayuCyclone affecting Gujarat, 46 more trains are cancelled & another nine trains are short terminated/originated with partial cancellation, as a precautionary measure in the cyclone-prone areas." Several trees and poles have been uprooted at Bhavnagar Para Station due to cyclonic winds, while heavy showers have caused waterlogging outside Junagadh Station. Western Railway had earlier stopped train operations at these stations in view of safety of passengers during  Cyclone Vayu.

In another tweet, Western Railway adds, "As major safety & precautionary measure, in #VayuCyclone affected sections where train services were stopped, WR will first run light engine with the staff of concerned Deptt. to remove obstruction on track, if any. It will ensure safe/smooth movement of trains."

Train number 59208, Okha-Bhavnagar passenger, has been cancelled for today. Train no 14322 Bhuj-Bareilly Express of today will depart from Palanpur instead of Bhuj. This train will remain partially cancelled between Bhuj - Palanpur today. 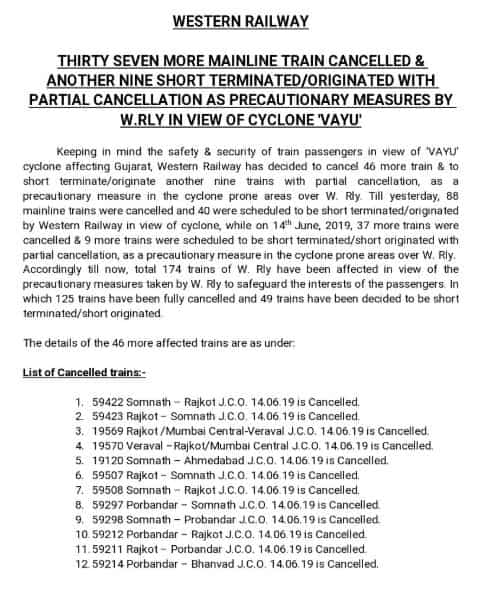 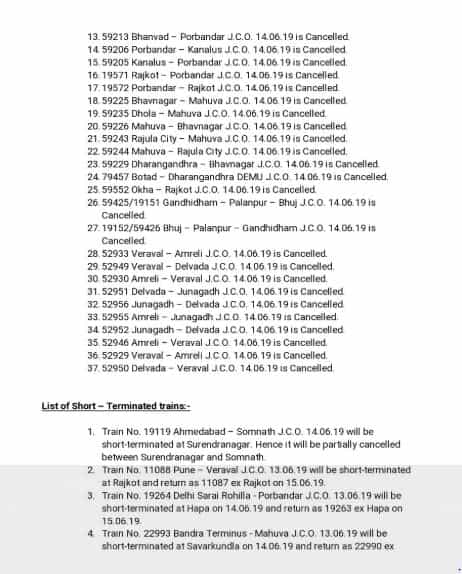 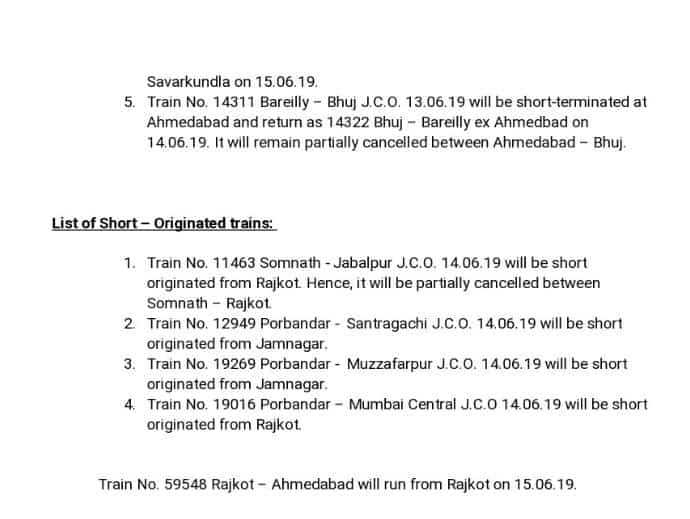 Train no 19119 Ahmedabad-Somnath Exp of today wil be short terminated at Surendranagar. Hence in reverse direction train no 19120 of 14/06 will depart from Surendranagar instead of Somnath and will remain partially cancelled between Somnath-Surendranagar.

Seven more mainline trains were cancelled and another five short-terminated with partial cancellation as a precautionary measure in view of the cyclone, Western railway informed on Friday evening.