Latest predictions of both Skymet and  IMD reveal that Cyclone Vayu has changed its course from Gujarat. However, it will skirt Saurashtra Coast and regions surrounding it. 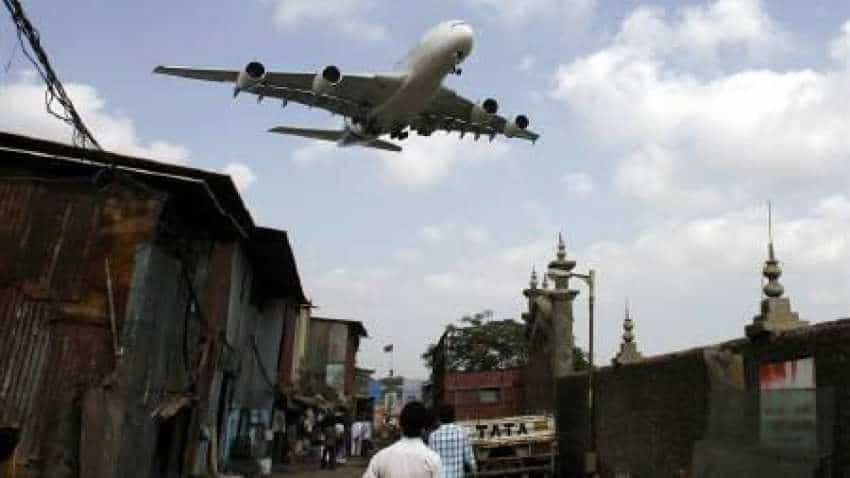 Latest predictions of both Skymet and IMD reveal that Cyclone Vayu has changed its course from Gujarat. Photo: Reuters

Even though the Cyclone Vayu has diverted its course from Gujarat, and thereby eliminated the chances of landfall, yet air passengers may find it difficult to travel to this and neighbouring states - even places like Mumbai, Pune and Goa are on  the affected cities list where flights may be delayed or cancelled. Latest predictions of both Skymet and  IMD reveal that Cyclone Vayu has changed its course from Gujarat. However, it will skirt Saurashtra Coast and regions surrounding it.  But Skymet also points out that, Vayu still continues to be a Category 2 typhoon, and would still give heavy to very heavy rains over Gujarat. On Wednesday, the Airports Authority of India (AAI) suspended flight operations on some 5 airports of Gujarat for over 24 hours. Also on the same day, while Mumbai witnessed good showers, nearly 400 flights were affected due to weather caused by the cyclone.

Here’s what airlines are saying!

Low-cost carrier GoAir has stated that, due to bad weather in Ahmedabad, Goa, Mumbai and Pune, departures and arrivals will be impacted. To check your flight status, a passenger can visit goair.in  or send SMS G8<space>FlightNo to 57333.

Meanwhile, the largest carrier in terms of market share Indigo stated that, flights to and from Mumbai, Vadodara, Surat, Ahmedabad and Goa might be impacted due to cyclonic movement VAYU. A passenger can visit http://www.goindigo.in  or SMS ST <flight no.><flight date> as DDMM, e.g. for flight 6E-333 for June 12, send ST 333 1206 to 566772.

On the other hand, SpiceJet has cancelled flights to and from Kandla (IXY) and Porbandar (PBD) for Thursday, due to aerodrome closure on account of cyclone Vayu.

“It is very likely to move North-Northwestwards for some time and then Northwestwards skirting the Saurashtra coast affecting Gir Somnath, Diu, Junagarh, Porbandar and DevBhoomi Dwarka with wind speed 135-145 KMPH gusting to 160 KMPH from afternoon of June 13, 2019,” IMD add.

While Skymet said today, “Gujarat continues to be on red alert, with Cyclone Vayu centred at Latitude 20.3°N and Longitude 69.5°E over the northeast and adjoining east-central Arabian Sea. It is about 130 km south-southwest of Diu, 90 km southwest of Veraval and 130 km nearly south of Porbandar.”

According to Skymet, heavy to very heavy rains along with damage potential winds are likely over Amreli, Gir Somnath, Diu, Junagarh, Porbandar, Rajkot, Jamnagar, and Dwarka. Some places would see extremely heavy rains also. This might lead to inundation in low lying areas. Other parts of Gujarat region such as Ahmedabad, Gandhinagar and Surendernagar would see good rains with few isolated heavy showers of rain.