IMD's cyclone tracker shows that Nisarga will cross very close to the Mumbai coast on landfall. 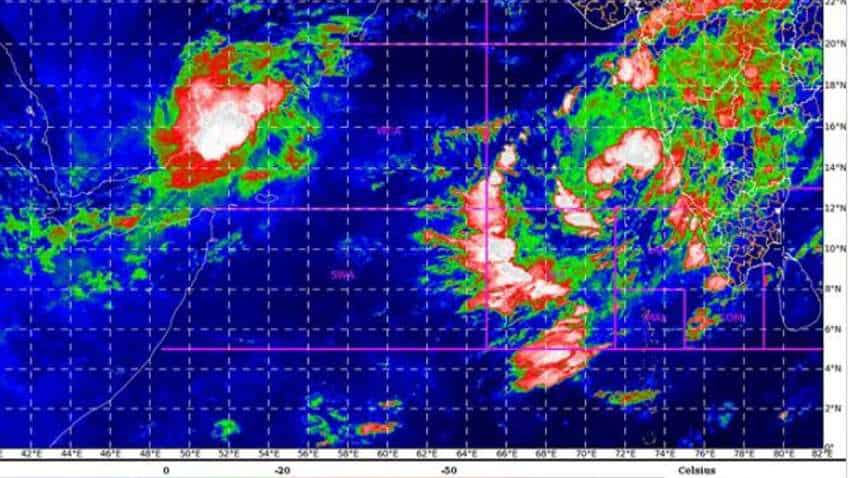 In a major development, the India Meteorological Department (IMD) has said that the depression in the Arabian Sea is slated to further intensify into cyclonic storm Nisarga and cross north Maharashtra and Gujarat coasts between Harihareshwar in Raigard district and Daman on June 3. According to IMD`s scientist Ananda Kumar Das, the depression is located about 370 kilometres southwest of Goa`s Panjim, 690 kilometres south-southwest of Mumbai and 920 kilometres south-south-west of Gujarat`s Surat. Harihareshwar town is over 200 kilometres from both Mumbai and Pune, and is over 360 kms from Daman.

IMD's cyclone tracker shows that Nisarga will cross very close to the Mumbai coast on landfall.

Maharashtra and Gujarat are on pre-cyclone alert as very heavy to extremely heavy rainfall is expected in parts of the states on June 3 and June 4. Fishermen are advised not to venture into the sea for the next few days as it is expected to be very rough.

"It is very likely to move nearly northwards initially till June 2 morning and then recurve north-northeastwards and cross north Maharashtra and south Gujarat coasts between Harihareshwar (Raigad, Maharashtra) and Daman during evening or night of June 3," Das said.

The well-marked low-pressure area over the south-east and adjoining east-central Arabian Sea and Lakshadweep area had concentrated into a depression in the early hours on Monday morning. A low pressure area and a depression are the first two levels on the IMD`s eight-category scale used to classify cyclones based on their intensity.

The depression is likely to intensify into a deep depression by Monday evening. Its fury will intensify further and turn into a cyclonic storm in the wee hours of the morning on June 2 and then into a severe cyclonic storm by evening or night of June 3.

EXPLAINED: 55-hour lockdown in UP – What will remain open and closed