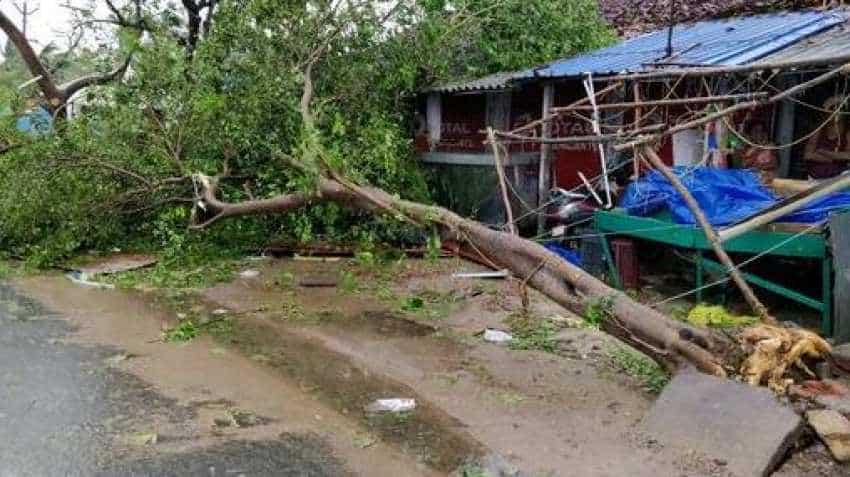 Strong winds with speed reaching 30-40 kmph gusting to 50 kmph are likely to commence along and off the Tamil Nadu and Puducherry coast, Comorin area and Gulf of Mannar from Sunday. Representative image/Reuters
Written By: PTI
RELATED NEWS

Cyclone Fani update: Cyclone 'Fani' is very likely to intensify into a "severe cyclonic storm" in the next 12 hours and further soar into a "very severe cyclonic storm" in the next 24 hours, the Cyclone Warning Division of the MeT department said on Sunday. In its 1 pm bulletin, the Cyclone Warning Division said 'Fani' currently lays over 745 kilometres east-southeast of Trincomalee (Sri Lanka), 1,050 kilometres southeast of Chennai (Tamil Nadu) and 1,230 kilometres south-southeast of Machilipatnam (Andhra Pradesh).

Earlier, it was expected to cause heavy rains in northern Tamil Nadu, including Chennai. The Regional Meteorological Centre in Chennai said cyclone threat to Tamil Nadu has abated. "There is no chance of Fani crossing the Tamil Nadu coast," Director of Area Cyclone Warning Centre S Balachandran told reporters in Chennai. Light to moderate rainfall are very likely at a few places over north coastal Andhra Pradesh and south coastal Odisha on May 2. It is likely to increase in intensity with heavy rainfall over coastal Odisha from May 3.

The IMD has also advised fishermen along the coasts of Sri Lanka, Tamil Nadu, Andhra Pradesh, Puducherry not to venture into the sea. Those in the deep sea were advised to return to the coast, the IMD added.