Cyclone Fani: No flights at Bhubaneswar airport on Friday; all trains along Odisha coast cancelled

Cyclone Fani is likely to cross Odisha coast between Gopalpur and Chandbali, south of the temple town of Puri, with maximum sustained wind speed of 170-180 kmph, according to India Meteorological Department. 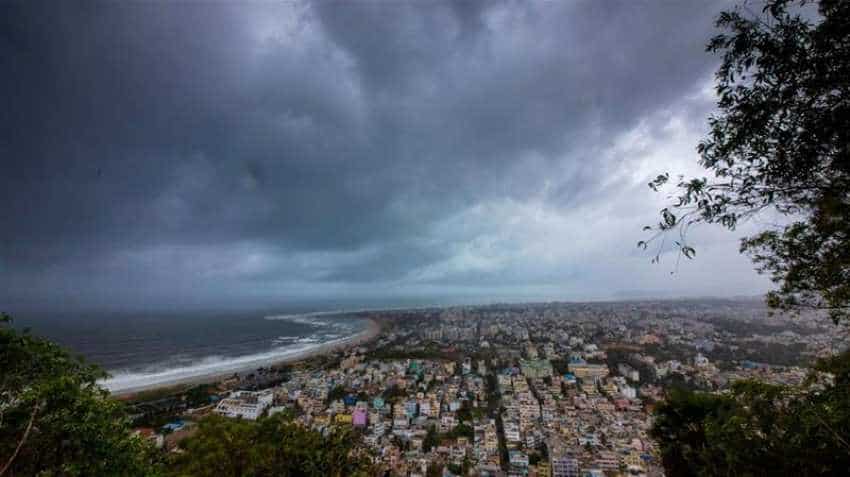 Cyclone Fani: More than 220 trains on the Kolkata-Chennai route have been cancelled until Saturday. Image source: Reuters

Rail and flight services in Odisha are likely to remain acutely disrupted over the next two days as Cyclone Fani, the most severe cyclonic storm over the east coast in nearly two decades, is due to make landfall Friday morning, railway and aviation ministry officials said. More than 220 trains on the Kolkata-Chennai route have been cancelled until Saturday.

Aviation regulator DGCA announced that flights in and out of Bhubaneswar airport stand cancelled on Friday. Consequently, the operations of various domestic airlines have been affected. Other states on the east coast ? West Bengal, Andhra Pradesh and Tamil Nadu ? are also expected to be affected by the cyclone.

Fani is likely to cross Odisha coast between Gopalpur and Chandbali, south of the temple town of Puri, with maximum sustained wind speed of 170-180 kmph, according to India Meteorological Department.

In an advisory Thursday evening, the Director General of Civil Aviation said no flight will depart or arrive at the Kolkata airport between 9.30pm on Friday and 6pm on Saturday.

It added that the "resumption of flights" at Bhubaneswar airport and Kolkata airport "will be with positive clearance from respective air-traffic control". "Airports Authority of India issued alert to all coastal airports to ensure all precautions, SOPs put in place immediately," Aviation Minister Suresh Prabhu tweeted.

The trains which have beeb cancelled include 140 mail/express trains and 83 passenger trains. Railways has pressed into service three special trains to move people to safer places.

A railway official said nine trains have been diverted and four have been short-terminated. "All trains cancelled in Bhadrak-Vizianagaram section (along Odisha coastline) of Kolkata-Chennai route till May 4 afternoon in view of cyclone Fani," he said.

The national transporter said it will give full refund to passengers for the cancelled or diverted trains if tickets are produced for cancellation within three days from the scheduled date of journey.

Similarly, Air India announced on Twitter that no penalties for "re-issuance, date change, no-show, cancellation and refund" would be charged if the passenger is travelling to and from Bhubaneswar and Visakhapatnam between May 3 and May 5.

The trains which have been cancelled include the Howrah-Chennai Central Coromandal Express, Patna-Eranakulam Express, New Delhi-Bhubaneswar Rajdhani Express, Howrah-Hyderabad East Coast Express and the Bhubaneswar-Rameswaram Express.

The Railways has also cancelled a few trains which were to run on Friday. These include the Bhubaneswar-New Delhi Rajdhani Express and the Puri-New Delhi Nandan Kanan Express.

Officials said announcements about the special trains as well as the cancellations are being made across beaches and tourists spots to help tourists. Both railways and DGCA have issued advisories ? for passengers as well as operators.

"All airlines are requested to offer all assistance for rescue and relief operations in view of cyclone Fani. All relief material should be airlifted to be delivered to officially designated agencies," Prabhu tweeted, exhorting the aviation sector to rise to the occasion, an official said.

Railways has issued instructions that dry food items, 'janata khana' and water bottles in sufficient quantities be made available at catering stalls of all major stations.

The national transporter has also instructed that sufficient amount of cash be made available at major stations for granting refunds to passengers and meeting other exigencies. Frontline staff are to be advised to be extremely polite while dealing with passengers and leaving no scope for complaint, the official added.

"Emergency control is to be operated round the clock with helpline numbers for guiding passengers. No staff are to be allowed to go on leave for the next three days," the Railways said.

Around 900 cyclone shelters have been made ready to house evacuees, while troops of the Indian Navy, Indian Coast Guard and 78 teams of the National Disaster Response Force have been requisitioned for deployment.