Cyclone Fani impact on NBFCs, MFCs in Odisha: This is what ICICI Securities has to say

Now that Cyclone Fani is gone, the true nature of destruction is clear. ICICI Securities explains the impact on NBFCs and Microfinance companies in Odisha. 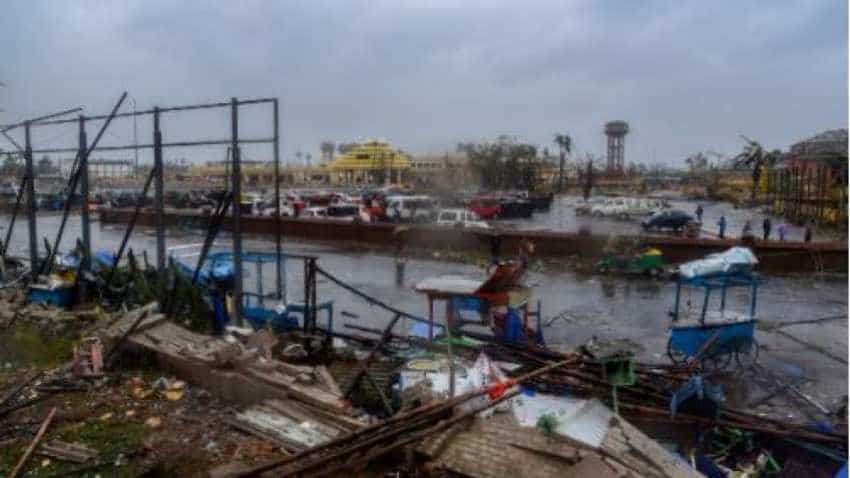 In the aftermath of Cyclone Fani in Odisha, all that remains is the counting of loss that citizens, companies and government have suffered. Photo: PTI

In the aftermath of Cyclone Fani in Odisha, all that remains is the counting of loss that citizens, companies and government have suffered. A research note by ICICI Securities highlights that approximately 12-14 districts are believed to be impacted by the cyclone, with seven districts suffering the worst in Odisha - it is the second largest state in terms of outstanding NBFC-MFI GLP with its total AuM at Rs 68 bn as at Dec’18 (~11% of all states’ total GLP). On May 3, Cyclone Fani hit Odisha and neighbouring regions with heavy rains and wind. In fact, this cyclone was the worst in 20 years. However, experts say that the state managed to navigate itself out of it with minimal economic and social damage because of its excellent disaster management system.

Now that Cyclone Fani is gone, the true nature of its destruction is clear. Here, ICICI Securities explains the impact on NBFCs and Microfinance companies in Odisha.

In the past, MFIs have successfully navigated events like farm loan waivers and impact of recent floods in Kerala. Such events do create some panic in the market, but MFIs have built their business models after factoring in all the stated events. Extending emergency loans to good borrowers, giving certain payment holidays, extending repayment periods, meeting borrowers during central meetings and showing sensitivity are some of the methods frequently used by MFIs during crisis periods.

Renish Bhuva, analysts at ICICI Securities said, “Odisha cyclone is no different, but with well-defined strategy and past experience, we expect write-offs to be negligible. But a near-term spike in PAR portfolio cannot be ruled out.”

Disbursement growth for most NBFCs got impacted in Q3FY19 and outlook for the next six months is sluggish in terms of incremental disbursements.

Our interaction with NBFCs suggest that, most of them are preferring to keep highly liquid balance sheet for better cashflow management in case systemic liquidity dries up in the near term,” says Bhuva.

Eight months ago, the state faced a similar cyclone, but notably the PAR>30 portfolio remained stable during Q2FY19/Q3FY19 at 0.48%/0.55% respectively vs 0.49% in Q1FY19. Even during demonetisation, peak PAR>30 portfolio in Odisha was significantly lower at only 1% vs industry average of ~11%.

According to Bhuva, "If the larger NBFCs choose to restrict their balance sheet growth, we believe their small/medium counterparts are likely to face challenges to meet their funding requirements. In this scenario, NBFC-MFIs may be forced to moderate their growth plan, which would make it difficult to provide emergency loans to needy borrowers in Odisha.