Curious case of Shriram Transport plunging even as Morgan Stanley is 'overweight'? Read all about it

Shriram Transport share price is down over 25 per cent so far in 2018, and added just 6 per cent in the last one year. By comparison Sensex rallied 13 per cent during the same period. 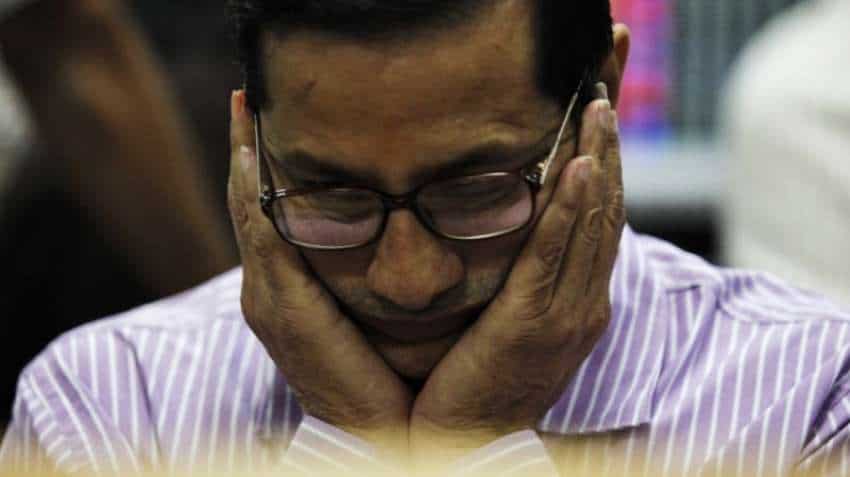 Shriram Transport share price plunged a whopping 18 per cent on Wednesday after global brokerage Credit Suisse downgraded the stock to 'neutral' from 'outperform'. Stock of the transport finance firm shed as much as 17.89 per cent to Rs 1066.10 on the BSE.

Shriram Transport stock is down over 25 per cent so far in 2018, and added just 6 per cent in the last one year. By comparison Sensex rallied 13 per cent during the same period.

According to a report on Bloomberg, Credit Suisse analyst Sunil Tirumalai downgraded Shriram Transport to 'neutral' from 'outperform'. The rating agency lowered its target price on the stock to Rs 1,400 from Rs 1,900.

The move came after Shriram EPC, one of the country's major construction players, went into liquidation after the company failed to prevent Asset Care & Reconstruction Enterprise, an asset reconcstruction company, from initiating the insolvency process.

Shriram Group has Rs 870 crore exposure into Shriram EPC, 4 per cent of its entire net worth. Shriram had provided a guarantee of Rs 870 crore for non-convertible debentures (NCDs) issued by SVL, an unlisted entity belonging to the financial conglomerate, according to company's annual report.

Shriram City Union also has exposure worth Rs 600 crore into these NCDs. The stock of the firm tanked 7.6 per cent to Rs 1898.75 on the BSE today.

Interestingly, Morgan Stanley is 'overweight' on the stock with a target price of Rs 2,000, but it did acknowledge the risks around exposure to SVL.

"As per FY18 Annual Report disclosures, STFC has an outstanding corporate guarantee of Rs 870 crore to SVLLtd. We understand that Shriram EPC is a subsidiary of SVLLtd. Shriram EPC has been referred to NCLT and hence there is a meaningful risk of this off balance sheet exposure becoming a liability for STFC. This computes to 3.8% and 3.2% of our FY19e and FY20e BVPS. It could hurt our FY19e EPS by up to 21% and increase FY19e credit costs by up to 85bp. This could thus delay the earnings recovery and re-rating at the stock and could weigh on the stock's near term performance," said Morgan Stanley.

"We note that STFC has made significant provisions in recent years (NPLcoverage of ~70% on 90dpd NPLs and ~175% on 180dpd NPLs). We await more clarity from the company on the exposure and potential coping measures. IND AS reporting beginningF1Q19 should likely help crystallize the impact as early as F1Q19," it added.

Meanwhile, Shriram Transport last month launched a public issue of NCDs across various tenures with 9.10-9.40 per cent annualised return to raise Rs 5000 crore. The issue opened for subscription on 27 June 2018 and was scheduled to close on 20 July 2018. The company, however, exercised the option of early closure and closed the Tranche I Issue on Tuesday.