Crucial Kerala diaspora study begins, as Gulf no longer what it was

The study aims to not only analyse not the present trends in migration but also the medium and long-term consequences of important developments like the global financial crisis of 2009, the drop in oil prices and the stricter immigration policies increasingly followed by countries worldwide and its impact on Kerala`s economy. 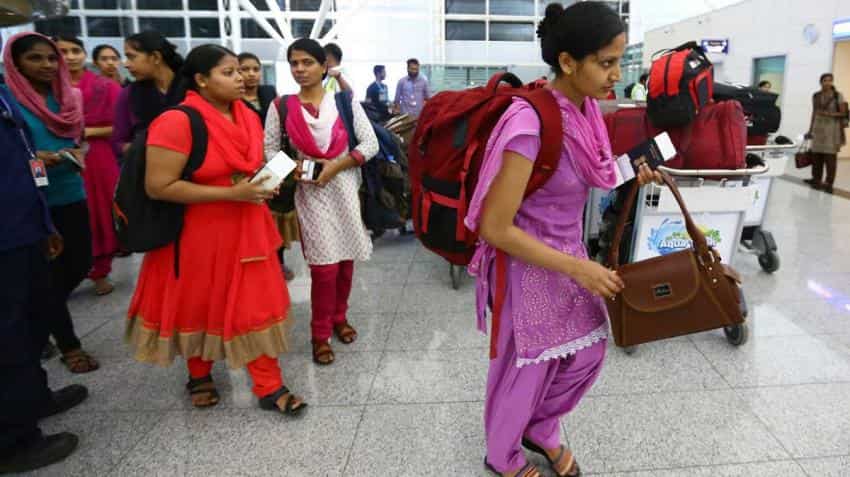 With the Middle East, which was once the dream of many a Keralite, no longer that attractive on account of falling oil prices and with no proper records of the actual number of returnees, a new diaspora study covering 25,000 households has been launched to find out what the actual scenario is.

The study aims to not only analyse not the present trends in migration but also the medium and long-term consequences of important developments like the global financial crisis of 2009, the drop in oil prices and the stricter immigration policies increasingly followed by countries worldwide and its impact on Kerala`s economy.

S. Irudayarajan, who heads the study by the Migration Unit at the Centre for Development Studies here said its single purpose is to examine ground realities and not to go by unfounded reports that there is a mass exodus from the Middle East.

"This new survey has been titled Kerala Migration Study-KMS@20. It is the eighth a series that begain in 1998. The study would be done in 25,000 Kerala households spread over all the 14 districts and the first results would emerge in April," Irudayarajan told IANS.

KMS is widely regarded as a reliable and authentic source of data for researchers and policymakers. Following the success of the Kerala model, similar initiatives have been launched in Tamil Nadu, Punjab, Goa and Gujarat, from where large numbers of people have spread out across the globe.

Irudayarajan pointed out that structural changes in the global oil market and the consequent fall in oil prices have posed fresh challenges to the oil-producing countries in the Middle East in the last few years.

"The repercussions are being felt in Kerala`s economy and society which has been a consistent supplier of workers and a receiver of large amounts of remittances. Additionally, the governments in Gulf countries have been progressively evolving institutional arrangements and programmes aimed at promoting the employment of their own nationals," Irudayarajan said.

He added that once the results are out later in the year, the state government can evolve appropriate interventions in education, employment and skill development of prospective emigrants as well as the re-integration of returnees into Kerala`s economy and society.

Irudayarajan pointed out that it was wrong to come to conclusions only based on the arrivals and departures from the three Kerala airports as this will only give a lop- sided picture.

"The figures from the airports are only numbers and do not differentiate between workers and others, as they include women and children. Besides, there are a good number of Keralites who goe for holidays to the Middle East. Our 2016 survey had already showed that there was a decline and now in a few months from now, we will bring out the actual picture," Irudayarajan added.

Remittances from migrants have been instrumental in sustaining Kerala`s economy, constituting 36.3 per cent of the state`s net domestic product. It is now widely accepted that migration has played a significant role in poverty alleviation and in raising the living standards of about one-third of Malayali households.

"Moreover, it is postulated that an additional one-third of the population is indirectly benefitted from the economic opportunities created by remittances from abroad," Irudayarajan explained.